How do you train to become one of the pound-for-pound strongest men on the planet?

One man who knows is Welsh powerlifter Chris Jenkins. 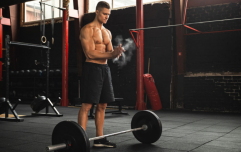 END_OF_DOCUMENT_TOKEN_TO_BE_REPLACED

He weighs just 90kg but can squat a monstrous 320kg and boasts a similarly huge deadlift - but still has the chiselled physique of a bodybuilder.

Already a multiple European champion and WPC world title winner, Jenkins is deep in training for the GPC World Championships in Las Vegas in September.

It is a goal the 34-year-old Welshman has trained all his life for - to be crowned the strongest man in the world for his weight.

But even that's not enough for the Neath native - he has his guns trained on the history books and winning legendary status in the sport.

He is hell-bent on beating the all-time 90kg squat record of 352.5kg, which would mean pulling off a monster squat four times his own bodyweight.

Inch by inch and kilogram by agonising kilogram, he is edging closer to the record. "My philosophy is on it, it only takes the one big lift and you’re there," he says.  "I'm crazy enough to think I can do it." 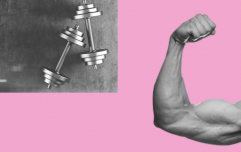 END_OF_DOCUMENT_TOKEN_TO_BE_REPLACED

Like a Shaolin monk, Jenkins has dedicated his life to the pursuit of strength, it's in his bones.

JOE wanted to hear his strength secrets, how he trains and the mentality you need to build it - so we went to meet him at the Hybrid Gym in South Wales.

What are you training for now?

My main goal is the GPC World Championships. For me it would be a great achievement to win a genuine world title in Las Vegas because when I first began powerlifting I just missed out on winning a very big world championships which was back in 2000. END_OF_DOCUMENT_TOKEN_TO_BE_REPLACED

So 15 years later it’s going to be held in Sin City Las Vegas again. My goal is to win a gold medal and become champion in the 90kg division on September 15.

Hopefully, should my body allow it, five days later I want to compete in the Mr Olympia contest and win a gold medal.

What are the lifts you will be competing in?

The first lift is the squat. The bench press comes next. Then there’s an old powerlifting saying ‘the meet don’t start until the bar hits the floor’ which is the deadlift. As you can tell I’ve got long monkey arms, so I’ve got good leverage.

It’s not uncommon for a big deadlifter not to be in the top couple of spots and then come out of nowhere with a big deadlift to win the contest.

What kind of numbers will you be hitting?

Hopefully this contest it will be the early 700lbs on squat, then 400 on the bench press and hopefully over 700lbs on the deadlift.

I say hopefully, I’m confident, but not trying to come across as cocky, I'm trying to stay humble.

What is your training like to shift these kind of weights?

It is punishing on the central nervous system. I work five days a week so it is like having two jobs essentially. Powerlifting is basic. People can overcomplicate it – you see these different routines on the internet, but powerlifting is as basic as you make it.

You pick your own weights, your own days to train and I try to keep everything as basic as possible. For me, simplicity is the best way to improve. I try to slowly get stronger with progressive overload. So I don’t put too much weight on so I don’t fail the weight and injure myself.

What keeps driving you on in powerlifting to keep getting stronger?

It’s not something to project to others that I’m this great big lifter, but it’s a truth to myself – an honest truth. But one day my body’s not going to be able to perform on that kind of capacity and I want to look back and think ‘I was bloody good at that time’.

I think a lot of top powerlifters are a bit crazy, you’ve got to be to keep going. I genuinely love it as well. A lot of people say ‘how can you do all that, it must be tough?’ I have a passion for it and enjoy doing it so I don’t find it too tough.

It must be tough on your mind and body?

It breaks you down when you powerlift which is the same with any kind of weightlifting its tough on the joints and tough on your mentality.

But again I would fall back on my days in karate as well – I trained with some tough men who worked the doors in the 80s and 90s. It would be classed as child abuse now, we used to get battered.

We would run in the sea with our full karate gear on and be doing press-ups with our knuckles on the sea front.

It’s not a natural thing to lift massive weights,  I think any big lifters will have been to this part in their mind. It’s almost as if your body is telling you ‘this is wrong. You shouldn’t be doing this’ then you’ve almost got to trick you mind and think ‘well go for it anyway’.

Many times I’ve gone for a big squat and I’ve thought to myself ‘this doesn't feel good’. It’s kind of like a danger thing – your body is telling you to stop. Then there’s another thing that kicks in that says ‘Im going to go for it anyway.’

But I’ve done my best lifts when I’ve told the voice in my head to p**s off.

What does it mean to you to be strong?

A chap called Randall Strossen, who used to do a lot of commentating for the weightlifting at the Olympics, said ‘to be weak is to be miserable.’ Some days I am weak, and I am miserable from it. It’s a nice feeling to be strong. But responsibility comes with it as well, you’re no different than anyone else.

I see it as a competitiveness so I enjoy getting stronger. It’s the best type of sport because when your lifts are going up it’s a direct indication that you're getting better.

My goal would be an 800lb squat. At the moment there’s a lot of big squatters in America. You’ve got Ernie Lillebridge who competes at 90kg – or 198lbs as they say in America. I’ve got nothing but respect for him.

He currently has the all-time squat record with knee wraps. That would be a nice target for me, that’s what I’m striving for. It’s around 355kg.

What would it mean to have your name etched in that pantheon of greats?

A truth to myself. Speaking to Ed Coan in Las Vegas at Mr Olympia, I said I hadn’t hit the numbers I wanted to hit over the last few years and his response was ‘you’re not dead yet’.

My philosophy is; it only takes the one big lift and you’re there. I'm crazy enough to think I can do it.

You’ve got to have a confidence in yourself – not a false confidence  where you tell people you’ll do it – I genuinely believe I will do it.

popular
Paul Scholes says Paul Pogba is a "daydreamer" and Fred and McTominay are "limited footballers"
Watford staff unhappy with Ben Foster's commitment to vlogging on club time
Pilot who crashed plane that killed Emiliano Sala was ordered not to fly
Here we go again - the government says book your Xmas party. What's 'Plan B'?
Police investigating viral video of child being 'forced' to have ears pierced
The FootballJOE Pub Quiz: Week 10
Atalanta players woken up six times by fire alarm ahead of Man Utd clash
You may also like
Sport
Deontay Wilder slammed for bench press technique
Fitness & Health
The epic workout that whips elite rowers into shape
Fitness & Health
How to guarantee gains without spending your whole life in the gym
Fitness & Health
Looking for superior results? Weight train with super sets
Fitness & Health
Fitness motivation: why you shouldn't compare yourself to others
Next Page