There was beef at the BAFTAs last night as Jennifer Lawrence appeared to throw a compliment from Joanna Lumley back in the Brit's face after she gave the Hunger Games star a very flattering introduction.

It seemed like the warm welcome was a bit too much for Lawrence, who was called to the stage to present the first award of the evening for Outstanding British Film.

Jennifer Lawrence hits the red carpet at the #EEBAFTAs pic.twitter.com/WlL44xyrB3

Beginning the ceremony, Joanna Lumley said: "Right let’s start giving out some of those beautiful BAFTAs shall we? 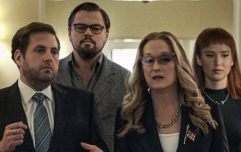 END_OF_DOCUMENT_TOKEN_TO_BE_REPLACED

"And we start with the award for Outstanding British Film and who better to kick the whole evening off than the hottest actress on the planet.

"Soon to be seen in Red Sparrow, it’s the ravishing Jennifer Lawrence."

However, despite being given a huge intro any hype man would have been proud of, Lawrence decided to throw a bit of shade at Lumley.

When she took to the mic, in a dry tone, she said: "Hi, that was a bit much but thank you, Joanna." 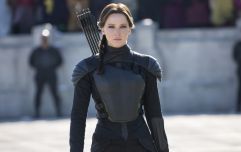 END_OF_DOCUMENT_TOKEN_TO_BE_REPLACED

The award itself went to Three Billboards Outside Ebbing, Missouri, which also took home the awards for best original screenplay and best film.

This was perhaps overshadowed by J-Law's brushing off of the Absolutely Fabulous star though, as viewers immediately took to Twitter to question her unnecessarily blunt response.