A 3 inch knife had been strapped to the bird's leg

A man in southern India has been killed by a rooster with a blade strapped to its leg during a cockfight. 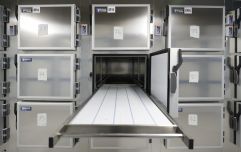 END_OF_DOCUMENT_TOKEN_TO_BE_REPLACED

The rooster had a 3 inch knife strapped to its leg, and slashed its owner in the groin in a panic.

“Satish was hit by the rooster’s knife in his groin and started bleeding heavily,” said police inspector B Jeevan.

The rooster brought to a police station, before being taken to a nearby poultry farm.

"We may need to produce [the rooster] before the court," continued Jeevan.

Cockfighting is illegal, but still continues in some parts of the country. Police are looking for at least a dozen people involved in the organising of the event, who could face up to two years in prison if found guilty.

The practice was banned across India in 1960, but is common in southern states including Telangana, Andhra Pradesh, Tamil Nadu and Karnataka. 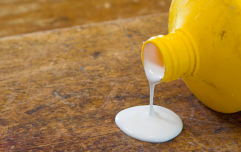 END_OF_DOCUMENT_TOKEN_TO_BE_REPLACED

Knives or blades are often strapped to the legs of the birds to attack its opponent.

Several people have been killed by cockfighting birds in recent years. In 2020, a man in Andhra Pradesh died after a bird's leg injured his throat.

In 2010, another man in West Bengal State was killed after a rooster slashed his jugular.