The UK government is set to pay the £54 million the Home Office promised France to prevent small boat migrant crossings within the coming weeks. 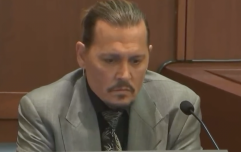 END_OF_DOCUMENT_TOKEN_TO_BE_REPLACED

The initial €62.7m (£54m) payment, which was announced back in July, was to provide added border security along Britain's coasts and entailed the doubling of police patrols along UK beaches, expanded patrols along key French regions and more wide-area surveillance technology.

Home Secretary Priti Patel agreed a deal with French interior minister Gérald Darmanin, on July 20. However, according to The Independent, the politician claims “not one euro has been paid” by the government thus far.

Now, in an attempt to smooth other cracks in the Anglo-French relationship, Home Office minister Damian Hinds has insisted the payment will be made "in the coming weeks", simply blaming the delay on "administrative process".

Emmanuel Macron's government expressed their frustration with the UK post-Brexit, as the Secretary of State for European Affairs of France and Prime Minister Jean Castex turned a dispute over supposedly 'unlicensed' fishing fleets into a warning about Britain's energy dependence, threatening to "put pressure" on the nation ahead of the potentially difficult winter. 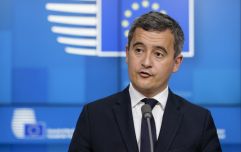 END_OF_DOCUMENT_TOKEN_TO_BE_REPLACED

This security agreement is one of a number of policy changes from Priti Patel over the past few months, including a proposal to turn back migrants boats in the Channel (though this has yet to be approved) and even the deployment of 'armoured jet skis' in the border force.

Various different migration statistics have been cited regarding the number of immigrants that arrive on our shores each year so our Politics team thought they'd take a look into it. You can see what they found out here: