With Universal Credit set to be slashed on Wednesday October 6, Prime Minister Boris Johnson has been accused of "abandoning millions" to poverty over the winter.

The extra £20-a-week Universal Credit increase came into effect to assist low-income families during the pandemic - but that is being repealed this week.

He does not know and he does not care. Many low paid workers will be paying higher national insurance and lose £20 per week from universal credit as the cost of living crisis hits home. Folk being driven into poverty as a political choice by @BorisJohnson and his Government. https://t.co/EwckHgv74O

With National Insurance also set to increase, recent shortages across the UK leading to an uptake in prices and energy bills also on the rise - the new move will lead to "hardship" for many families, a charity has warned.

Though the Universal Credit increase was always meant to be temporary, this extra money has become essential for many families that are struggling to get by.

The Prime Minister ‘jogging’ in shoes and a shirt might be vaguely amusing if the petrol pumps were full, the supermarket shelves weren’t empty and millions of working people weren’t about to lose more than £80 a month in Universal Credit. 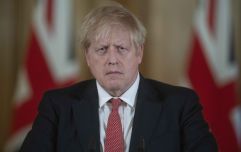 END_OF_DOCUMENT_TOKEN_TO_BE_REPLACED

At least 50 per cent of working-age families with kids across 30 different areas of the UK will be hit by the removal of the £20 increase, warns the Joseph Rowntree Foundation (JRF).

"The prime minister is abandoning millions to hunger and hardship with his eyes wide open," said Katie Schmuecker, JRF deputy director of policy and partnerships.

"The biggest ever overnight cut to social security flies in the face of the government's mission to unite and level up our country."

She continued to say that the Prime Minister cannot claim he hasn't been warned.

All while their mates hide their riches in tax havens to avoid tax.

"Your government is withdrawing this lifeline just as the country is facing a significant cost-of-living crisis.

"This winter millions of people are facing an untenable combination of increases to the cost of food and energy, rising inflation, the end of the furlough scheme, and an imminent hike to National Insurance contributions.

"There is no rationale for cutting such crucial support at a point when people across the UK are facing an unprecedented squeeze on their household budgets."