Prince Andrew was in tears when he was stripped of his military titles, according to reports that suggest his "dire situation" has finally hit home.

The Duke of York was said to be "utterly devastated" by the Queen’s decision last Thursday, which came after he lost his bid to have Virginia Giuffre’s sex lawsuit against him thrown out.

A statement from Buckingham Palace regarding The Duke of York: pic.twitter.com/OCeSqzCP38 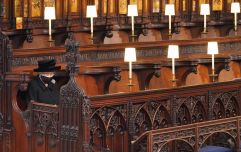 END_OF_DOCUMENT_TOKEN_TO_BE_REPLACED

Pressure was said to have been continually mounting against Andrew from veterans and those inside the military after his former friend, Ghislaine Maxwell, was found guilty of trafficking offences last month.

Giuffre’alleges she was forced to have sex with Andrew three times after being trafficked by the duke’s friend, Jeffrey Epstein. Andrew denies the accusations.

A defence source told the Mirror that Andrew’s ousting had been welcomed, as he had become "a bloody embarrassment".

They said: "The Prince was tearful when told the news even though he had expected it. He feels that he has let so many people down, not least his mother, during her Platinum Jubilee year." 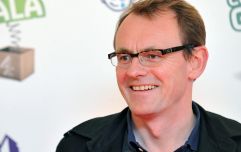 END_OF_DOCUMENT_TOKEN_TO_BE_REPLACED

Andrew, who spent 21 years in the navy, is now no longer Colonel of the Grenadier Guards – one of the most senior infantry regiments in the British Army, and has also been forced to drop his HRH title.

He now faces court proceedings as a private citizen.

The duke was said to have accepted the Queen had to strip him of his titles and hosted a shooting party at his Royal Lodge home in Windsor the day after the announcement, The Sun reported.

Andrew is expected to write to each of the regiments, apologising for what has happened and expressing his sorrow, reports suggest.

The Times reported the monarch consulted with Charles and William before making the final decision herself. A source said: "Conversations have been going on for a while.

"The family were always clear that some of the duke’s advisers were too optimistic and these decisions were always going to have to happen."