Giuffre is suing Andrew for alleged abuse when she was 17

Judge Lewis Kaplan has ruled that Virginia Giuffre's sex assault lawsuit against Prince Andrew will not be dismissed on the grounds of a previous settlement made between Giuffre and the late Jeffrey Epstein. 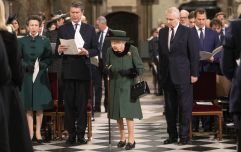 END_OF_DOCUMENT_TOKEN_TO_BE_REPLACED

Through a 2009 document made public last Monday, it was revealed that Virginia Giuffre settled with Jeffrey Epstein for $500k (£371,000) while also agreeing not to sue any other "potential defendant". While Prince Andrew's legal team were hoping to use this document to discredit further legal proceedings, Judge Lewis Kaplan ruled in favour of Giuffre.

By signing the settlement, Guiffre agreed to: "Release, acquit, satisfy, and forever discharge" Epstein and "any other person or entity who could have been included as a potential defendant".

The settlement between Giuffre and Epstein was revealed due to its potential relevance to the legal proceedings against the Royal. 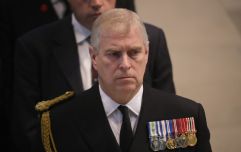 END_OF_DOCUMENT_TOKEN_TO_BE_REPLACED

While Epstein agreed to pay the $500,000 on 17 November 2009, Giuffre's lawyers noted at the time that Giuffre was "required to be sexually exploited by defendant's adult male peers, including royalty, politicians, academicians, businessmen and or other professional and personal acquaintances".

Andrew B. Brettler, the Prince's lead lawyer, stated last month that: "Epstein negotiated for this broad release, insisting that it cover any and all persons who Giuffre identified as potential targets of future lawsuits, regardless of the merit - or lack thereof - to any such claims.

"Giuffre's baseless claims against Prince Andrew... must be dismissed at this stage."