Is the Queen protecting her assets?

A lawyer has explained the "tactical reason" why the Queen may have revoked Prince Andrew's royal status amidst his ongoing legal battle with Virginia Giuffre.

Angela, who goes by @thelawyerangela on social media and went to Havard College Law School, stated it was "strategic and about the money". After recapping the case, Angela said: "All the headlines say he will be deposed, he will go to trial.

"But that's not true, let me tell you what's going to happen."

She continued: "He's just going to ignore it, so the Judge will enter a default judgement against him."

Angela explained that the US would then seize American-based assets to pay for that debt, "but rumour has it he doesn't have much".

"But guess who does," she smirked.

END_OF_DOCUMENT_TOKEN_TO_BE_REPLACED

"The Royal Family," she revealed alongside a snippet displaying that the Queen owns 116,000 acres of land as well as residential and commercial property.

"Based on the structure of the Royal Families assets, It is possible that it could be seized as well."

However, as Angela explained, if the Queen "snips her ties both financially and legally", then the removal of her assets could be avoided.

Since posting on Thursday, the clip has been watched 681k times, and the comment section reads like an abolish the monarchy forum. 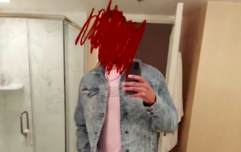 END_OF_DOCUMENT_TOKEN_TO_BE_REPLACED

Others were not fans of Angela's comments, with one writing: "The royal family should pay for protecting him this long."

Another commented on the lawyer's post with: "You don't know much about the legal system do you."

Defending the Queen, TikTok user Paul M wrote: "The Queen has just removed his titles & associations - the right thing to do when he's up on such a serious charge. She's just doing the right thing."