Japan declares state of emergency in Tokyo ahead of Olympics

The state of emergency will run throughout the games.

Japan has announced a state of emergency in the country that will be in place until August 22 as coronavirus infections continue to rise in Tokyo ahead of the Olympics. 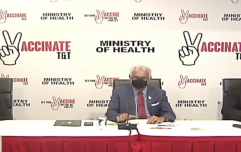 END_OF_DOCUMENT_TOKEN_TO_BE_REPLACED

The Olympics are set to start on July 23 after they were postponed from last year. however they is widespread opposition to the games in Japan as Tokyo has seen a rise in cases in recent weeks. Many have called for them to be postponed again or cancelled.

The Prime Minister said: "Taking into consideration the effect of coronavirus variants and not to let the infections spread again to the rest of the nation, we need to strengthen our countermeasures.

"Given the situation, we will issue a state of emergency for Tokyo."

It is set to be announced later on Thursday whether any fans will be able to attend the events.

The BBC reports that the announcement was made after the organising committee of the Tokyo games met with the government and the International Olympic Committee (IOC) president, Thomas Bach.

On Wednesday , Japan recorded 2,810 new cases , with 920 of these in Tokyo. Over the past 15 months the country has coped well with the pandemic, registering relatively low case numbers and a death toll of around 14,900.

However the vaccination rollout in Japan has been slow, with only 15% of the country's population having been fully vaccinated. There is also concern over the Delta variant first detected in India.

popular
Man has hand ‘chopped off at the wrist in London after vigilantes corner him’
Factory worker fired for drinking beer nine hours before shift wins payout
Lawyer hired hitman to kill him 'so son could collect $10m life insurance'
Police release unsettling video footage of Gabby Petito before disappearance
Tommy Fury spotted having the time of his life at student night out
First football match with no heading to take place this month
A definitive ranking of every swear word from worst to best
You may also like
News
Covid teams can vaccinate pupils at school against parents’ wishes
News
Premier League to tell fans to 'stay away' unless they're double-jabbed
News
Covid winter plan: Everything you need to know
News
12-15 year olds to be offered COVID-19 vaccine
Life
Teacher quits after parents claimed he would 'teach children to be gay'
Next Page