Nigel Farage is on to win the election

The Brexit party has won the east of England in the European elections, picking up three seats in the region. 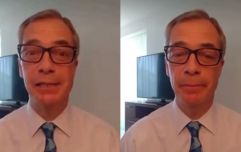 END_OF_DOCUMENT_TOKEN_TO_BE_REPLACED

UKIP held three seats in the east originally, but so did the Conservatives. The Tories have gone down to only one seat in the area. Meaning the proportion of MEPs representing a pro-Brexit position has actually decreased.

The Lib Dems won two seats and the Greens one. So three for anti-Brexit parties.

Labour were left in fifth place on 8.7 per cent. 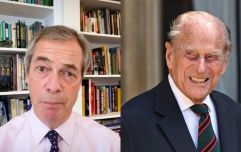 END_OF_DOCUMENT_TOKEN_TO_BE_REPLACED

Nigel Farage's Brexit party is forecast to walk the election, winning the north east of England by a healthy margin.

The first UK results from the European elections handed two seats to the Brexit Party and one to Labour in the north east of England.

Projections for the elections have suggested that Nigel Farage's Brexit Party will receive the most seats of any party in the UK, with Lib Dems in second and Labour in third.