The ocean has him now

What is the modern British man? Does he replicate Joe Rogan's kettle bell workouts, love a cold one and vlog boohooMAN hauls? Or does he prefer the honesty of the ocean, its solace and lurking fury?

Being honest, I thought the meme lads were over. Enduring, sure, but no longer in the professional poster's repertoire, like 'Wood' - who your one mate from school still believes to be the pinnacle of WhatsApp humour.

If anything they're only really in the second wave of their popularity, like coronavirus infections in the UK, and, who knows, a triple threat Easter could be on the cards. If you're not familiar, here's an earlier iteration of the meme:

“Yeah he might have been a bit racist, but defacing a Winston Churchill statue is just too far mate.” pic.twitter.com/Yl0jBWaFNK

It all started, presumably, with the fellas getting a cute pic pre-sesh and has now morphed into a deep fake video in which the four-man group form an acapella band and sing a sea shanty for the internet's pleasure. 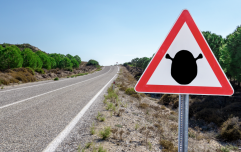 END_OF_DOCUMENT_TOKEN_TO_BE_REPLACED

Thank vonstrenginho, formerly of this parish, for the edit.

The shanty is 'Wellerman.' According to Genius: "From 1833 onwards, the Wellermen, ships owned by Weller Brothers of Sydney, supplied provisions to New Zealand shore whaling stations from their base at Otago, NZ.

"Throughout their existence, the Wellermen (also known as the Weller brothers), became New Zealand’s paramount merchant traders. The lyrics evoke imagery of one of the Wellermen’s major functions; supplying “sugar, tea and rum” to shore whalers.

So there you have it - Rogan or the high seas? No need to choose.

popular
The JOE Friday Pub Quiz: Week 232
Aldi announce new packaging ban to come into action across supermarkets nationwide
Scarlett Moffatt Discovers ‘30% Rain’ On Weather App Doesn’t Mean Chance of Rain
WATCH: The trailer for The Handmaid's Tale season four is finally here
Prince Harry praises Netflix's The Crown, says it's "loosely based on truth"
Slowthai agrees to stop spitting in fans' mouths at gigs due to Covid-19
Making your bed is actually bad for you, doctor claims
You may also like
News
Armed Navy boats on standby as UK and EU post-Brexit trade talks continue
News
UK bans visitors from Denmark over mink Covid-19 concerns
Entertainment
Line Of Duty cast join Celebrity Gogglebox for Stand Up To Cancer
News
Donald Trump will make a state visit to the UK in June
Life
21 of the funniest fucking things that ever happened in Scotland
Next Page