Eminem is being called out for cultural appropriation for an old music video after fellow-rapper Tyga was this week forced to apologise to the Mexican community over one of his.

END_OF_DOCUMENT_TOKEN_TO_BE_REPLACED

The rapper's song with D12 titled 'My Band' was released in 2004 and featured a segment where Eminem and his group dressed like they were in a Mariachi band, in what has now been dubbed inappropriate.

The 49-year-old sang about how his "salsa makes all the pretty girls want to dance and get in their underpants", but until Tyga was called out, not much has been said about the clip that is almost two decades old.

Tyga has faced a barrage of criticism for the music for his song, 'Ay Caramba'. 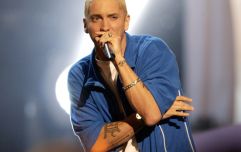 END_OF_DOCUMENT_TOKEN_TO_BE_REPLACED

It features the rapper dressed in an outfit that many called a stereotype of Mexican culture.

Tyga has since apologised for the video, which also led to further controversy. A protest was said to be taking place Wednesday outside an LA radio station over his apology to L.A. Leakers and American Cholo podcast host Gil Tejada. Tejada, has been accused of  using disparaging language to describe Black people.

Tyga told Tejada: "I want to apologise to the Mexican community and my fans that are Mexican.

Tyga in his video for 'Ay Caramba'. 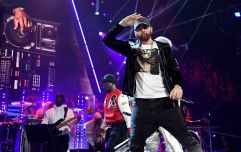 END_OF_DOCUMENT_TOKEN_TO_BE_REPLACED

“I have a lot of Latin fans that are Puerto Rican or Dominican that probably weren’t offended by this video. "But, my Mexican fans in LA, there definitely was some that were offended.”

When tempers flared over Tyga's video people were quick to remember Eminem had done something similar, but had escaped criticism.

The comment caused alarm, especially from people who were coming across it for the first time.

"What the f**k is this?," one users asked, while another said: "Why does this exist?"

Another declared that "Eminem just got cancelled."