The new Astroworld lawsuit names 282 people affected by the tragedy

Travis Scott and Drake are facing an enormous $2 billion lawsuit for their part in the Astroworld tragedy that took ten lives and injured many more. 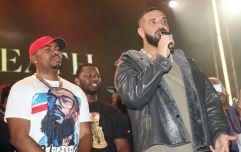 END_OF_DOCUMENT_TOKEN_TO_BE_REPLACED

Earlier this week, a $750 million lawsuit was filed against the defendants on behalf of the 125 people listed. These people included those in attendance and the relatives of people who had been taken too early.

On top of that, a new $2 billion lawsuit has been filed against Scott, Drake, Live Nation, and Apple music which lists 282 people linked to the event.

Scott and Drake are both named in the lawsuit/Via Getty

END_OF_DOCUMENT_TOKEN_TO_BE_REPLACED

"The defendants stood to make an exorbitant amount of money off of this event, and they still chose to cut corners, cut costs, and put attendees at risk," attorney Thomas J Henry who is heading up the lawsuit, told Rolling Stone.

"My clients want to ensure the defendants are held responsible for their actions, and they want to send the message to all performers, event organisers, and promoters that what happened at Astroworld cannot happen again."

While most of the attention is on Scott and Drake, Henry's lawsuit looks at Apple's involvement in more detail since they had exclusive streaming rights. 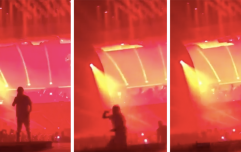 END_OF_DOCUMENT_TOKEN_TO_BE_REPLACED

"Early reports from the investigation of the Astroworld catastrophe indicate that the premises were arranged in a fashion that best served Apple's online streaming of the concert at the detriment to concertgoer safety," the suit states.

"Apple Music had cameras, camera stands, cameramen, and metal barriers surrounding each; these cameras effectively split the premises both horizontally and vertically by the metal barricades.

"The placement of cameras streaming for Apple Music's broadcast effectively limited many concertgoers' means of exit; this dangerous condition would inevitably prevent individuals from dispersing."

"I guarantee you, had the crowd attacked the stage or interfered with the performers themselves, oh my goodness, they would have called in every police officer within a hundred miles," he told Rolling Stone.

"But as long as the performers weren't in any kind of jeopardy who gives a sh*t about the people in the crowd, I guess, was the attitude. And it can't be like that."

The legal proceedings are thought to take months, if not years.