People with many sexual partners need to watch out for monkeypox, says chief doctor

People with multiple sexual partners have been urged to remain vigilant about monkeypox, as the virus continues to spread throughout the UK. 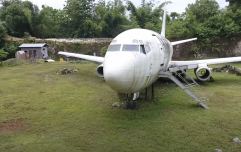 END_OF_DOCUMENT_TOKEN_TO_BE_REPLACED

The virus, which is rare outside of Central and West Africa, has now been detected in 15 countries around the world, with 20 cases confirmed so far in the UK.

A senior doctor has now said anyone developing a rash after being in contact with another person should get it checked out.

Dr Susan Hopkins, a chief medical adviser for the UK Health Security Agency (UKHSA), said that in particular people with multiple sexual partners should be vigilant.

"We would recommend to anyone who is having changes in sex partners regularly, or having close contact with individuals that they don't know, to come forward if they develop a rash," said Dr Hopkins.

What are the symptoms of monkeypox, and when should you seek medical attention?

A notable proportion of the cases in the UK have been detected in gay and bisexual men, and there is a particular effort for members of these communities to be vigilant and aware.

Symptoms include fever, a headache, chills, exhaustion, aches and swollen lymph nodes. Most notably, a rash spreads from the face across the body for around five days.

It is important to know that monkeypox is transmitted through close contact. The strain in the UK has a low mortality rate and most people make a full recovery.

Direct contact with scabs can also spread the virus, as can inhaling droplets when a person with rash coughs or sneezes.

Recovery usually takes a few weeks after receiving specialist treatment, and the mortality rate is between 1 and 10 per cent, with young people affected the most.

On Monday, the UKHSA advised that anyone who has had direct or household contact with a confirmed case of monkeypox should isolate for 21 days.

Contacts are advised to provide their details for contact tracing, should not travel and should avoid contact with immunosuppressed people, pregnant women, and children under 12.