Marcus Rashford has called on men to play their role in protecting women following the tragic death of Sarah Everard. 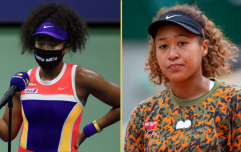 END_OF_DOCUMENT_TOKEN_TO_BE_REPLACED

Everard was abducted last Wednesday while walking home through Clapham at 9pm. Human remains found in Kent on the search for her have now been identified as Sarah Everard, confirming her tragic death at the age of 33.

A serving Met Police officer is currently under arrest under suspicion of her murder.

The case has sparked discussions around the staggeringly statistics around sexual assault, with a recent survey revealing that 97 per cent of women between 18-24 have been sexually harassed at some point in their life.

But the onus is not on women to educate men about how to appear less threatening. It is on men to educate themselves on how to adjust their own behaviour and recognise it in others, and most importantly, call it out to prevent more deaths like this from happening.

Marcus Rashford, who has not shied away from divisive discussions over the past year, spearheading a campaign to ensure every schoolchild in Britain is adequately fed, has responded to the news of Everard's death by acknowledging exactly this: it's on us. 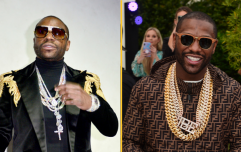 Mayweather claims his net worth is now $1.2bn with half coming from just two fights

END_OF_DOCUMENT_TOKEN_TO_BE_REPLACED

"This is just heartbreaking, I’m so sorry," he tweeted.

"This should have never happened. Men we have a role to play. To listen, to protect, and to allow women to feel safe at whatever time of day. I have sisters, nieces... just horrible. I’m sending my love to Sarah’s family."

This is just heartbreaking, I’m so sorry. This should have never happened. Men we have a role to play. To listen, to protect, and to allow women to feel safe at whatever time of day. I have sisters, nieces...just horrible. I’m sending my love to Sarah’s family ♥️ https://t.co/4YHhaCm01q

Followers were pleased to see such a high profile make this case, with one Twitter user writing: "We need more male role models like Marcus doing exactly this... speaking up and speaking out."

Talk to your boys when you see them acting in an intrusive way towards women. Be aware of your own behaviour when walking at night. Keep your distance. It's time to look at ourselves.

popular
North Korea is running out of food as a bunch of bananas 'now costs $45'
GB News fans cancel Specsavers because they hate cancel culture
Paul Gascoigne reckons he was a better player than Foden even when he was drunk
A definitive ranking of every swear word from worst to best
Russian manager goes against Ronaldo and drinks bottle of Coke at press conference
GB News reads out prank messages from 'Mike Hunt' and 'Mike Oxlong'
John McGinn asks for a bottle of Coke at Euros press conference
You may also like
Sport
Doctors says Christian Eriksen’s first words after cardiac arrest were ‘I’m only 29’
Sport
Christian Eriksen to be fitted with heart starter device after cardiac arrest
Sport
Why bother holding it in the corner to waste a bit of time when you're Gareth Bale?
Football
Premier League fixtures for next season have been released
Sport
Greenpeace protestor almost parachutes into crowd at Germany vs France game
Next Page