Brits urged to cut meat intake by 30% to save planet

Even cutting down by less than a third could save the climate, according to advice

Britain and, indeed, the world needs to cut down on its meat consumption by at least 30 percent in order to meet our carbon targets and if we are to survive the ongoing climate crisis, according to a report by Henry Dimbleby speaking to Sky News. 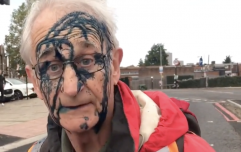 END_OF_DOCUMENT_TOKEN_TO_BE_REPLACED

Dimbleby, who is co-founder of Leon Restaurants and the Sustainable Restaurant Association - as well as being appointed as a lead non-executive board member for the government Department for Environment, Food & Rural Affairs - said that the current scale of animal farming simply "takes up too much land" and that a "30%" reduction in meat intake would help combat that.

Why should people consider reducing the amount of meat they eat? 🍔🥩

We'll be looking at the climate impact of meat on tonight's #DailyClimateShow at 6:30pm.

Speaking to presenter Niall Paterson, who said it's "the steaks and the beefy bakes" that he enjoys, Dimbleby pointed out that there is "a way through on meat" and that "cutting out the processed stuff" is the key step in making this crucial change.

He went on to add that for those still not sold on an entirely vegetarian or vegan diet, "we can still have the roast chicken, the steak and the things we really love".

According to the businessman and food strategy adviser - who is the younger brother of former Question Time presenter, David - this particular aspect takes up "six chapters of 16 on meat" and he reiterated to viewers that "not all meat is equal" but that this plan could us keep meat in our many of our diets whilst reducing its overall effects on the environment.

Today, Sky's 'Daily Climate Show' also touched on fears surrounding the Amazon basin, as the rainforests could now be emitting more carbon gases than it absorbs for the first time in history.

popular
Cigarette and tobacco prices to rise at 6pm today
Dave Grohl responds to Nirvana lawsuit: "He's got a Nevermind tattoo, I dont"
Spiking: UK's biggest nightclub chain will close venues tonight as part of boycott
Chilling footage shows rapper killing rival gang member in drive-by shooting
UFC star Paddy The Baddy explains why he's 'Scouse not English'
New Buzz Lightyear trailer starring Chris Evans has divided the internet
Insulate Britain members have ink thrown on faces amid motorway protests
You may also like
News
Insulate Britain asks M25 motorists to drive at 20mph so they can protest
Environment
Insulate Britain protestors once again dragged off road by motorists and police
News
Insulate Britain protestors glue themselves to ground to prevent police arrest
News
The 10 most burning climate questions COP26 must address
News
What the hell is COP26 and will it actually change anything?
Next Page