Is BMI useful? Yes, but not in the way you would think

BMI has its uses, but not in the way you are led to believe

Whether you're speaking to your GP, weighing yourself at the gym or applying to join the military, body mass index (BMI) is often fed back to you as an indicator of general health and fitness. But many people rightly question this approach.

BMI is a measure of body mass which takes both your height and weight into account. It is calculated by dividing a person's weight in kilograms by the square of their height in meters.

This seems a reasonable method of judging your health at first, but in recent years it's come under much scrutiny. 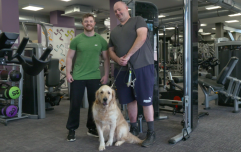 END_OF_DOCUMENT_TOKEN_TO_BE_REPLACED

This is something you've probably overheard in gym locker rooms for years. On this occasion at least, the bro-science turns out to be true.

BMI doesn't say much for health and fitness at an individual level.

When you lose weight, your BMI will decrease. But continual weight loss isn't necessarily a healthy outcome. What's the end goal, to disappear completely?

When you add weight training into the equation, you're obviously going to gain muscle mass. And when you gain muscle mass, your weight will increase. Weight gain equals a higher body mass index. You'd have a hard time trying to convince someone that having more muscle and stronger connective tissue is unhealthy.

Despite how obvious this seems, BMI is still pushed onto individual people as a health marker they should be worried about.

Where BMI is useful


You shouldn't completely disregard BMI, but it's worth realising when and where it's worth worrying about. 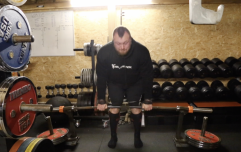 END_OF_DOCUMENT_TOKEN_TO_BE_REPLACED

Although BMI has made its way into your gym and GP surgery, it was originally created as a way of monitoring the health of whole regions and countries. This is where BMI makes sense - when a large cross-section of the population is taken as a whole.

Through body mass index data, it was observed that Pacific Islands such as Fiji and Samoa rank among the highest on the scale for obesity.

In these regions, metabolic disorders associated with obesity are at their highest worldwide - such as diabetes, heart disease and risk of heart attacks.

Contrastingly, the Spanish population has one of the lowest BMI measures on the planet. Dietary habits have a lot to do with these results, as anyone who enjoys Spanish cuisine will realise.

The Spanish don't have a penchant for massive plates of food. Instead, tapas is more popular. Enjoying small plates of food, eaten very slowly in a social surrounding, works for weight loss in two main ways.

Mindful eating involves thinking about your food, an opportunity that small dishes provide. Tapas is eaten in bars and restaurants, or around the family table. Not in front of the TV, where it's all too easy to switch off and massively overeat.

How quickly you eat impacts massively on your overall health - at least in the long-term. Wolf down too much food too quickly and your body won't process when you're full.

Also, the faster you eat your food, the quicker your body makes use of the energy in that food. We typically view carbs such as white bread, sugar and honey as "bad" because they function in this way, but if you eat anything too quickly, it will be digested in this way.


popular
This is the hardest Pokémon quiz you'll ever take
Watch Tyson Fury embark on an anti-Semitic and homophobic rant
A definitive ranking of every swear word from worst to best
The JOE Friday Pub Quiz: Week 179
Deontay Wilder was not too happy about the referee's count in the 12th round
This is how much time most men need after orgasm before they're ready for another round
I played the Love Island simulation game and learned that God left us a long time ago