Jamie Demetriou is best known for his roles in BBC hit series Fleabag, Paddington 2 and Channel 4 comedy Stath Lets Flats, which he also created and writes.

Ahead of the finale of the latest series of Stath Lets Flats, Demetriou spoke to JOE about the show, its influences, particularly that of his father. 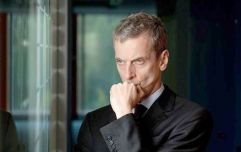 The Thick of It team explain why swearing is so funny

END_OF_DOCUMENT_TOKEN_TO_BE_REPLACED

From his father's eyes slowly but surely drifting towards the wall while watching Jamie on TV, to making a bet with his son that the name of the ship in Titanic is not, in fact, Titanic.

Check out the full interview below:

Watch Stath Lets Flats series one and two on All4 now.