Yet again, the court has ruled that the petition to end the "abusive" conservatorship is "denied without prejudice”

Britney Spears has failed yet again to have what she describes as an "abusive" and "100,000%" controlling conservatorship by her father, Jamie Spears, ended. 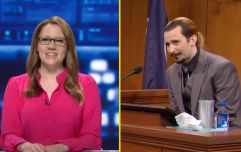 END_OF_DOCUMENT_TOKEN_TO_BE_REPLACED

The 39-year-old singer’s lawyer, Samuel Ingham, asked a court in Los Angeles to oust Jamie Spears from his position managing her multimillion-dollar estate and virtually every aspect of her life, as it was revealed he won't even allow for her birth control to be removed.

Spears was placed under the complex legal arrangement – usually reserved for those with advanced age, mental and physical limitations – after suffering a series of high-profile mental breakdowns at the hands of the media. Conservatorships can be tricky to explain but we gave it our best shot: 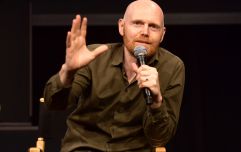 END_OF_DOCUMENT_TOKEN_TO_BE_REPLACED

This is no the first time Spears has tried to remove her father's conservatorship: just four months ago, the 68-year-old tried to take 100% control of her estate but failed to do so. In November last year, Spears told her lawyer and the courts that she was scared of her father and has controlled her life since 2008.

Jamie responded to her claims by saying that he is "sorry to see his daughter suffering and in so much pain", denying the allegations outright and also going on to file papers for an investigation over claims regarding forced labour and control of her fertility.

END_OF_DOCUMENT_TOKEN_TO_BE_REPLACED

The sincerity of his intentions remain doubtful or unclear, at best; nevertheless, her father remains in control of key aspects of her life after the court ruled in favour of him keeping majority control.

The statement reads: "Mr Spears is concerned that the petition to appoint Jodi Montgomery [Britney's care-giver and co-conservator of her person] filed by Ms Spears’ court-appointed counsel Samuel D Ingham III does not reflect her wishes."

It goes on to detail how “Ms Spears told the court on June 23 that she is opposed to being under a conservatorship and revealed her ongoing disputes with Ms Montgomery about her medical treatment and other personal care issues.”

Lauriann Wright, Montgomery’s lawyer, released a statement in response: “I can state unequivocally that Jodi Montgomery has been a tireless advocate for Britney and for her wellbeing.

“While she does not control Britney’s financial assets, she is responsible for her personal care, and if Britney wants any issue brought up to the court, Ms Montgomery is and has always been ready, willing, and able to do so.”

popular
Liverpool crowned Premier League champions, but only on aggregate
Ukrainian refugee who ran off with dad finally speaks out and blames man's partner for split
This 'Welcome to Luton' prank sends Gatwick Airport arrivals into a frenzy
Noel Gallagher left 'covered in blood' after headbutt from Ruben Dias’ dad
Volcano where mutant sharks live in acidic underworld crater is erupting
Topless mum in her undies rescues pet goose from bald eagle in crazy video
Johnny Depp trial: Kate Moss ‘testifying’ in defamation case against Amber Heard, report claims
You may also like
News
Dad legally banned from seeing his kids over nappy fetish
News
Johnny Depp 'kicked, slapped and called Amber Heard a s**t on private plane - then passed out in the bathroom
News
Johnny Depp versus Amber Heard: Faeces, threesomes, necrophilia, Marilyn Manson and a lot of drugs
News
Johnny Depp’s island manager says actor passed out in front of his upset kids after drinking
News
Johnny Depp recalls 'grotesque' moment he found 'human poo' on his side of the marital bed
Next Page