Brought to you by ASOS

Footballers have a lot of free time

They also have a lot of money. It's inevitable, really, that so many of them take an interest in the world of fashion. But some are much more stylish than others. Far too many footballers attempt the outrageous with no chance of pulling it off, while others somehow manage to find the right balance and rock the sort of jackets on which you or I wouldn't even want to look at the price tag.

Here are the five most stylish footballers in the game right now, in no particular order.

Another proud fashionista, Hector Bellerín has become as synonymous with fashion as he has with bombing up the right wing at 100mph. The Arsenal defender has rocked some bold outfits in his time, from silk trousers to... this.


But even if some of his outfits don't float your boat, you have to respect his commitment to the sauce and his carefree attitude. Just a young lad expressing himself, you love to see it. 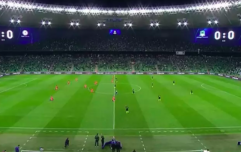 END_OF_DOCUMENT_TOKEN_TO_BE_REPLACED

Get the Bellerín look on ASOS with this tracksuit and these trainers.

Paul Labille Pogba does not care if you don't like his hair. He's got a pinstripe suit with his nickname, La Pioche, on it. Pogba doesn't care if your dad thinks he spends too much time in front of the mirror, he's rocking up to France training in sliders. Pogba doesn't care if the Proper Football Men can't stand his dancing celebrations, he's got his own emoji. Paul Pogba is cool, and there's simply nothing we can do about it.


Get the Pogba look on ASOS with this jacket and this rollneck. 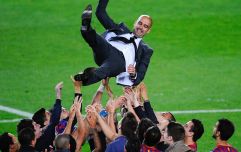 END_OF_DOCUMENT_TOKEN_TO_BE_REPLACED

Whatever your feelings about this man on the pitch, his fashion sense cannot be debated. Admittedly, young Ramos was not much of a fashionista. The long hair and clean-shaven face was not a good look for the defender. But as he matured on the pitch, so did his style. That photo of him stepping off a plane, wearing a fur coat, sunglasses and carrying a duffle bag, looking full Mafia boss, is iconic.

I think Sergio Ramos has won the title of worlds coolest man pic.twitter.com/GH4j02toiu

Get the Ramos look on ASOS with this coat, these jeans and these trainers. 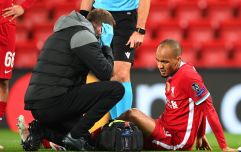 END_OF_DOCUMENT_TOKEN_TO_BE_REPLACED

Manchester City's electric winger carries himself with a swagger both on and off the pitch. With that sort of talent, and unbelievably cool hair, why would you not? One of his recent fashion statements featured a big white sheepskin Balenciaga coat that looked like it had been vandalised. But somehow, he managed to pull it off. Quite honestly, it's unfair that someone should be able to wear this and make it look cool. But Sané possesses that power. However, the different coloured shoelaces are very year nine.

Get the Sané look at ASOS, with this jacket, these jeans and these trainers.

Another mercurial winger with ridiculous talent complemented by charming humility off the pitch, Zaha has a passion for fashion. He's even got his own brand, Long Live. Zaha describes his own dress sense as 'fashionably lazy' and a quick scroll through his Instagram account will prove him right. Look at this hoodie and coat combination, could you pull that off? Would you dare? No, because you're not Wilfried Zaha.

Get the Zaha look on ASOS with this jacket and this hoodie.