'Steroid test me whenever the f**k you want. It is two weeks after my fight and I'm a fat b***h.'

Jake Paul has labelled Dana White's response to his offer of retiring from boxing to fight Jorge Masvidal in the UFC as "embarrassing".

END_OF_DOCUMENT_TOKEN_TO_BE_REPLACED

The UFC chief and YouTuber-turned-boxer have been going back-and-fourth for a number of months, with White responding to Paul's previous allegations that he uses cocaine with a 'challenge'.

'The Problem Child' claimed that he would permanently step away from boxing if White agreed to three conditions - one of which would see him fight Masvidal.

Taking to social media, Paul promised to 'immediately retire from boxing' if White increased the pay in the UFC and improved long-term healthcare for his fighters.

White was quick to react to Paul's demands, taking aim at the PPV buys for Paul vs Tyron Woodley II last month and questioning whether the 24-year-old even wrote the statement himself.

He also informed the YouTuber that he never responded to his initial challenge of being tested for cocaine for 10 years, as long as he can test Paul for steroids.

However, Paul has once again fired back at the UFC president, denying claims that he uses steroids by calling himself a "fat b***h."

END_OF_DOCUMENT_TOKEN_TO_BE_REPLACED

He said: "Dana, I accepted every part of your challenge. I said I would fight [Jorge] Masvidal in MMA.

"Steroid test me whenever the f**k you want. It is two weeks after my fight and I'm a fat b***h.

"And I take it as a compliment because there's no other excuse to me knocking out all your champions [than].' This kid does steroids.'

"If you steroid test me, I want to steroid test every one of your fighters. Ohhh, you don't want to do it though, will you?" 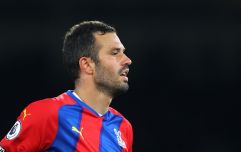 END_OF_DOCUMENT_TOKEN_TO_BE_REPLACED

The 24-year-old also accused White of being 'caught' red-handed with 'cocaine and hookers', a claim he previously made at Halloween last year when he dressed up as the Bostonian.

He added: "You have been caught with cocaine and hookers every other week.

"And you think that like with all the money you have like a billionaire or some st that you would get some f***ing botox.

"Because your forehead looks like a motherf*****g GPS Google map. Like all the lines in it and s**t."

Paul then dismissed the suggestion that he 'needs' the UFC's 'big stars' as he claimed that his mother gets more likes on her Instagram posts than some fighters.

"You're the definition of an unhappy f*****g billionaire who thought that money was going to make their lives better. I feel bad for you.

"And you avoided all of that s**t. You're a dog in a corner trying to fight to save his whole company.

"And the embarrassment that I've put you through, everybody sees it.

"And what you can't accept or love or appreciate is that I'm trying to change the sport forever."

The social media sensation - who boasts a professional record of 5-0 and recently secured a devastating knockout victory against Tyron Woodly in December - then discussed UFC fighter pay, which is a topic that he's been very vocal about in recent months.

He told White: "You are one of the most selfish capitalistic motherf**kers that I've ever seen. Everybody else needs you, Dana.

"I'm the only person that doesn't need you and I don't give a f**k about you.

"But all these people, all your fighters, all of them, they can't say s**t cause you'll just bench them.

"You met your maker, I'm not gonna stop. Welcome to the show, ladies and gentlemen.

"The bottom line, Dana, is that you won't add health care for your fighters because you don't give a f**k about them and you're too much of a greedy b***h to pay your minimum fighter more than $12,000 for risking their lives.

Paul has recently stated that he plans to take a short break from boxing in 2022 after winning three fights in 2021.