who goes by @sofiafranklyn0 on the app, 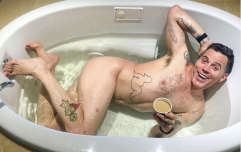 END_OF_DOCUMENT_TOKEN_TO_BE_REPLACED

A woman has revealed how she sometimes sends herself shots while on a date to make herself look more in demand.

In the video, Franklyn detailed how she likes her dates to think she has "other options" by asking bar staff to send her shots while her potential partners believe she is in the toilet.

She wrote: "When I 'go to the bathroom' and pay the bartender to send me an 'anonymous' shot so my date remembers I have options." 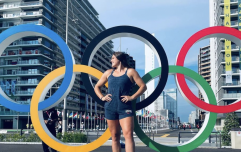 TikTok is showing just how thirsty Olympians are

END_OF_DOCUMENT_TOKEN_TO_BE_REPLACED

Regardless of whether or not her dates buy the ruse, Franklyn has shots and that is always a good thing.

She also admitted in the comments how: "I have def sent myself flowers a time or two.

"Lmaaaoooo this can work in many situations. The world is your oyster ladies."

Franklyn's video has amassed 2.8 million views, more than 275,000 likes, and countless comments from people both applauding and condemning her espionage.

END_OF_DOCUMENT_TOKEN_TO_BE_REPLACED

Words like "icon" and "Queen" are littered across her comment section, with one user even saying: "I went to the bar early once and asked a guy to come up and tell me how pretty I was during the date."

Another commenter revealed that someone once sent them a drink while on a date, which was "the best feeling ever" as their date "was left shaking".

Others were more nervous at the idea of such an act, asking: "How is this not embarrassing to ask for omg I don't think I could."

Bartenders also contributed, stating: "As a bartender, I love when women do s*** like this! And I'm more than happy to do it."

A second bartender replied: "As long as you tip we honestly dgaf."

popular
Man dies three days 'after GP sent him home and threatened to strike him from surgery list'
Marcus Rashford responds after being pictured with disgraced rapper Wiley
Outrage after Sadio Mané allowed to play on for 10 minutes after being knocked out
Schoolboy loses both nipples after classroom dare involving two cans of Lynx
McDonald's launching new Big Mac with twist for first time ever in UK
Peter Dinklage calls Snow White and Seven Dwarfs remake 'f*cking backwards'
Brewdog to sue BBC over allegations made in new documentary
You may also like
Environment
Ecosexuals believe we should all be having sex with Earth to save the planet
Life
The 10 most Googled questions about sex - answered
Entertainment
Scream 5: Why do so many people want to f**k Ghostface?
Sex
Warm balls could be the next male birth control, according to experts
Sex
Book claims you may ‘fascinate a woman by giving her a piece of cheese'
Next Page