US state urged to ban bible for being too 'woke'

Does the bible even burn?

An activist in the US has filed a complaint to numerous schools and is looking to have the bible banned for being too "woke." 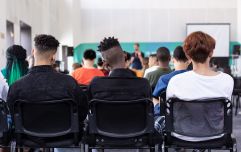 END_OF_DOCUMENT_TOKEN_TO_BE_REPLACED

Florida governor Ron DeSantis has signed a wave of controversial laws lately, with the most famous being the “Parental Rights in Education” bill, also dubbed the "Don't Say Gay" bill which prohibits classroom discussions on sexuality and gender - from kindergarten right up to third grade.

On April 22, DeSantis signed new guidelines for the Stop the Wrongs to Our Kids and Employees (WOKE) act, which looks to limit discussions around what DeSantis refers to as “pernicious” critical race theory.

In response, activist Chaz Stevens has asked eight school districts to ban the Bible and “any book that references to the Bible." In the state of Florida, House Bill 1467 permits members of the public to ban books.

Today, I signed a bill that ends the woke indoctrination in our schools and workplaces.

We are giving parents, students and employees the ability to fight back. pic.twitter.com/Mw6S6vpZhE 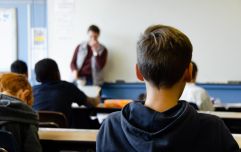 END_OF_DOCUMENT_TOKEN_TO_BE_REPLACED

“If they’re gonna ban books, then the whole library should be in play. My hope — and it’s a longshot — is that they will apply their own standards to themselves and ban the Bible,” Stevens told The Miami New Times.

Stevens weaponised arguments made by DeSantis, a staunch Catholic, and said that the bible is not age-appropriate and contains adult themes of bestiality, murder and rape - even going so far as to provide Bible verses that support each claim.

Here's an sample letter of our request to ban the Bible across Florida. pic.twitter.com/s8Oe7egaEt 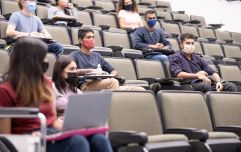 Students who start uni next year will be still paying for it in their 60s, plans say

END_OF_DOCUMENT_TOKEN_TO_BE_REPLACED

“I wish to file such an objection, requesting the Miami-Dade County Public School system immediately remove the Bible from the classroom, library, and any instructional material,” Stevens wrote in his letter to school boards. “And, as is often the case with banned books, I ask your agency lay flame to that giant stack of fiction in a pyre worthy of a Viking sendoff."

In Florida, we will not use taxpayer dollars to teach kids to hate our country or to hate each other. pic.twitter.com/uLnQMrcMfo

He continued to explain: “With the constant babbling concerns about teaching Critical Race Theory, should we not take stock of the Bible’s position on slavery? I am concerned our young white students will read such passages and wake up to civilization’s sordid past."

Stevens has started a GoFundme and is calling for assistance in "outreach and advertising" and "raising awareness to the stupidity of banning books."

popular
Brit on holiday beaten with a brick by gang before being thrown in the sea unconscious
Men with ‘very large penises’ wanted for new documentary
Premier League player arrested on suspicion of rape facing two more allegations
Teens are turning up to watch Minions in suits - and why cinemas have been forced to ban them
July 4 shooter: Chicago suspect fled the scene in women’s clothes and planned attack for weeks, police say
British schoolboy breaks internet after attending prom in sequined tuxedo ballgown
Dad who ran off with Ukrainian refugee says couple are doing 'brilliantly' - but he can't see his kids
You may also like
Entertainment
J. Cole lives up to high-school promise and surprises fan at college graduation
Life
Teachers warned against giving 'woke' lessons in classrooms
Life
Teen who cares for disabled mum in council flat wins Eton scholarship
News
Boris Johnson: Schools will open in January
News
Marcus Rashford responds to school which will not feed children '1p in debt'
Next Page