Netflix has blamed the loss on a number of factors

Tech billionaire Elon Musk has suggested that the "woke mind virus" is to blame for Netflix's recently revealed dip in subscribers. 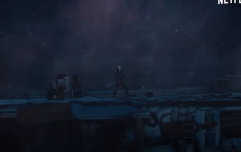 END_OF_DOCUMENT_TOKEN_TO_BE_REPLACED

Earlier today, it was announced that streaming giant Netflix had reported a loss of around 200,000 subscribers during the first quarter of 2022 (January to March), with its shares also dropping by 25 per cent.

As reported in multiple outlets, the platform is also projecting a future loss of around two million more users across the next few months, citing multiple factors as reasons for this mass exodus - including password sharing, the cost-of-living crisis and increased competition. The company also reportedly lost around 700,000 users after pulling out of Russia amid their ongoing war against Ukraine.

Now, it seems Space X and Tesla founder Musk has thrown his two cents into the ring, offering his own ideas as to why people seem to be leaving Netflix in vast droves.

"The woke mind virus is making Netflix unwatchable", he said, replying to an article detailing the platform's recent news - and many seem to be in agreement with him, especially if the tweet's interaction numbers are anything to go by.

One of his followers was eager to agree with Musk, adding: "'Woke mind virus is the biggest threat to the civilization" - to which the tech mogul replied simply, "yes".

END_OF_DOCUMENT_TOKEN_TO_BE_REPLACED

Some even suggested that he take over Netflix after he's finished trying to take control of Twitter. Just a few weeks back, the world's richest man also became the largest primary shareholder of the popular social media platform, securing a 9.1 stake and hinting at plans for a full-blown takeover.

Meanwhile, Netflix is currently considering a number of options to try and regrow their subscriber base, including cracking down on password sharing - a rule-breaking technique which is believed to be used by around 100 million households.

Netflix CEO Reed Hastings has described the practice as "something you have to learn to live with", adding that in many cases, it is legitimately used within families.

Hastings continued, explaining that "When we were growing fast, it wasn't a high priority to work on [account sharing]. And now we're working super hard on it." The company has already rolled out restrictions that prohibit this activity in places like Chile, Costa Rica and Peru - with plans to bring them elsewhere soon and even add extra charges for those who break the rules.