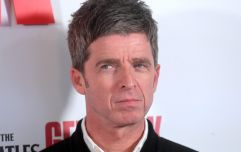 END_OF_DOCUMENT_TOKEN_TO_BE_REPLACED

As reported by the Independent, the former prime minister said in an interview published on Friday November 26 that the party will only achieve victory in the next general election if they "reject the ‘wokeism’ of a small though vocal minority” and "push the far left back to the margins”

Blair served as PM from 1997 to 2007, having been a party member since 1975, and referenced a period in 1983 when Labour's polling suffered from a number of factors - including economic policy and their attitudes on cultural issues such as LGBT rights.

The 68-year-old said that the sections of the electorate found their stance "alienating" back then and appears to have drawn similar parallels here, going to add that "there is no question of negotiating the terms of power with them”.

Starmer has often been criticised for his centrist policies, the most recent being his deliberation on the MPs and their second jobs scandal, with the 59-year-old Labour leader then going on to admit that outlawing would mean preventing ministers from carrying out the kind of work he made money through himself.

Back in 2015, Blair himself said he wouldn't want Labour to win power on "an old-fashioned leftist platform", claiming that the party often misunderstands "the difference between radical leftism, which is often in fact quite reactionary – and radical social democracy, which is all about ensuring that values are put to work in the most effective way.”

Somewhat in contrast, it was only in 2018 when The Guardian's Glen O'Hara wrote that New Labour was far more left-wing that many given it credit for, citing increased employment rates through government spending, national minimum wage, the tax credits system and a drop in homelessness.

popular
Motorcyclist dies in crash live on TV while trying to escape police
What Meat Loaf actually meant when he sang 'I won't do that'
The JOE Friday Pub Quiz: Week 278
AFTV regular 'Mr DT' releases statement after being given three-year jail sentence
Brit doctor visiting US killed by stray bullet while lying in bed
'I resent my mum for not switching me back after baby mix up at hospital'
Daniil Medvedev booed mercilessly by Australian Open crowd during honest interview
You may also like
Politics
Director Ken Loach says he has been expelled from the Labour party
News
Jeremy Corbyn could be reinstated as Labour MP as supporters draw up "urgent" plans
News
Boris Johnson denies defending those who boo England players taking a knee
News
Andy Burnham says 'Labour should get in touch if they need me' after election result
News
Keir Starmer takes 'full responsibility' for Labour's poor election results
Next Page