WARNING: Some readers may find elements of this story disturbing

Footage has emerged showing a US police officer fatally shooting a man in a motorised wheelchair after responding to reports that a toolbox had been stolen from Walmart. 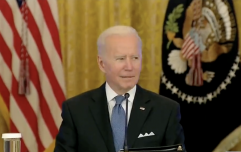 END_OF_DOCUMENT_TOKEN_TO_BE_REPLACED

Tucson police officer Ryan Remington fired nine shots at 61-year-old Richard Lee Richards on Monday night during an incident that has since resulted in him being fired.

On Tuesday, police in Tucson released footage of the incident which the Arizona city's police chief has said he's"deeply disturbed and troubled" by.

Police bodycam footage shows an officer pursuing Richards and yelling, “Do not go into the store, sir". Richards then proceeds into the entrance of a Lowe’s Home Improvement store before being shot in the back and side. He is then seen to hunch over before falling to the ground in front of a display of pink and red flowers.

Remington's attorney has defended his client's actions, according to a report by the BBC.

Shortly before 6pm Monday, a Walmart employee contacted Remington, who was working as a security officer at the retailer, and said that a man in a motorised wheelchair had stolen a toolbox. 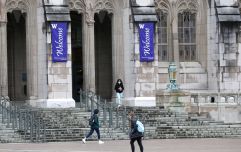 END_OF_DOCUMENT_TOKEN_TO_BE_REPLACED

Richards was said to have brandished a knife during the incident, according to Remington and a Walmart employee who had earlier confronted him. He was also said to have refused to comply with orders to surrender the weapon and attempted to move away.

According to the Walmart employee, Richards said that "if you want me to put down the knife, you're going to have to shoot me".

Tucson police chief Chris Magnus said on Tuesday that Remington's deadly use of force during the incident is a "clear violation of department policy and directly contradicts multiple aspects of our use of force and training".

END_OF_DOCUMENT_TOKEN_TO_BE_REPLACED

Tucson Mayor Regina Romero said in a statement that Remington's actions were "unconscionable and indefensible", according to a report in the New York Times.

The Pima County Attorney’s Office is now investigating the matter.

Michael Storie, an attorney representing Remington, told the BBC that the department's overview of the case is "only half the story" and that "many more important details were withheld" from the department's news conference.

The Times further quoted him as saying that Remington, who had been with the Tuscon police force for four years, had  “attempted to de-escalate the situation” until Richards’s actions gave him “no choice but to use deadly force”.

popular
Marcus Rashford responds after being pictured with disgraced rapper Wiley
Outrage after Sadio Mané allowed to play on for 10 minutes after being knocked out
Schoolboy loses both nipples after classroom dare involving two cans of Lynx
McDonald's launching new Big Mac with twist for first time ever in UK
Peter Dinklage calls Snow White and Seven Dwarfs remake 'f*cking backwards'
Ana de Armas fans sue studio for $5m after spending $3.99 on film
McDonald’s has removed the ‘best item’ on its breakfast menu for good
You may also like
News
QAnon claims Trump actually used JFK as body double at rally
News
Man killed by police searching for twin brother
Crime
Man allegedly lied about SpaceX job then dismembered parents when they found out
News
US democracy 'could collapse by 2025', Canadian professor warns
News
Witches curse US lawmaker for voting down Joe Biden’s spending bill
Next Page