Social media companies, namely Facebook and Twitter, are said to have now handed in dozens of individuals' personal details to the police as the regulators and authorities look to crack down on online abuse and racism in football and beyond. 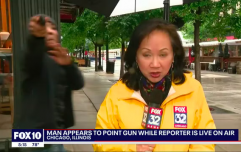 END_OF_DOCUMENT_TOKEN_TO_BE_REPLACED

Both Facebook and Twitter are said to have been "working very closely" with investigating police officers, who say they are now digging into dozens of people's racist tweets following Sunday's game.

As of yesterday, four individuals had already been arrested, though it is believed a fifth has now been charged over alleged racial abuse online. One man from the Greater Manchester area even decided to turn himself in over his own tweets.

According to the Times, the tech giants will continue to provide names, emails and IP addresses of users who are believed to have sent discriminatory messages upon request from the authorities. 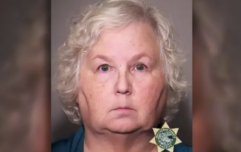 END_OF_DOCUMENT_TOKEN_TO_BE_REPLACED

The need for social media companies to do more in combatting online abuse, be it racial or otherwise, has been emphasised for some time now, but was further highlighted after the England game and following Saka, Sancho and Rashford's public statements.

Twitter said it removed more than 1,000 posts in the 24 hours during and after the match, as well as suspended a number of accounts for violating its rules; Facebook said something similar, as well as removing comments on their subsidiary, Instagram, too - Zuckerberg also owns WhatsApp, although the details around monitoring more private messaging platforms remain unclear. 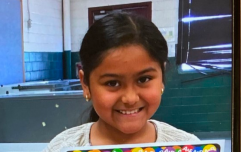 END_OF_DOCUMENT_TOKEN_TO_BE_REPLACED

Instagram's chief executive, Adam Mosseri, told the Times that mistakes in the company's detection software had allowed abusive posts to slip through, but that these had now been fixed.

He explained: "It is absolutely not OK to send racist emojis, or any kind of hate speech, on Instagram", while Chief Constable Mark Roberts, of the National Police Chiefs' Council football policing lead, said: 'The racial abuse aimed at our own players following Sunday night's game is utterly vile and has quite rightly shocked and appalled people across the country".

He went on to caution those responsible, warning that "If we identify that you are behind this crime, we will track you down and you will face the serious consequences of your shameful actions".

popular
The JOE Friday Pub Quiz: Week 296
Japanese man spends £12,480 to look like a border collie - and it kind of works
Ricky Gervais finally says what we're all thinking about the Johnny Depp Amber Heard case
Rio Ferdinand and John Terry in Twitter war after controversial 'top 5' pick
Amber Heard's lawyers will not call Johnny Depp back to the stand amid suggestions he is 'uncontrollable as a witness'
Husband of teacher killed in Texas school shooting dies after suffering heart attack
Martin Lewis breakdown how much you can actually get from government energy bill support
You may also like
News
Some of Michael Jackson's zoo animals suffered horrific fates, documentary finds
News
Autistic schoolgirl ‘tried to kill herself after male police strip searched her while she was menstruating'
News
Kurt Zouma charged with three animal welfare offences
News
Thugs jailed after throwing disabled OAP into boot of his own car in 'unprovoked' attack
News
Man ‘cooked alive after cop’s stun gun ignites gas station’
Next Page