If they fits, they sits

Space billionaire Elon Musk may have a knack for attracting wads of cash with his out-there tech concepts but he's pretty good at attracting cats, too.

END_OF_DOCUMENT_TOKEN_TO_BE_REPLACED

Just last week, the Space X and Tesla founder was making headlines for potentially hogging space with his many Starlink satellites which aim to provide us Earthlings with super high-speed internet whilst sitting in the vast expanse of Earth's orbit.

However back on ground level, users of Musk's state-of-the-art connectivity tool have discovered that Starlink dishes have an unexpected bonus of attracting cats alongside zippy download speeds and zero buffering.

As reported by Futurism - alongside a handful of other outlets - the warmth emitted by Musk's broadband dishes is proving to be the perfect place for cold kitties to warm up on chilly mornings.

One user even took to Twitter to report not just one - but five - felines cosying up on the hardware created by Musk's tech venture.

Starlink works great until the cats find out that the dish gives off a little heat on cold days. pic.twitter.com/uyH3Kbqrie 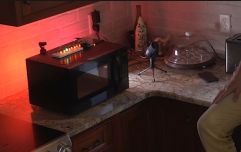 END_OF_DOCUMENT_TOKEN_TO_BE_REPLACED

“Starlink works great until the cats find out that the dish gives off a little heat on cold days,” wrote Canadian Starlink customer Aaron Taylor over the festive period.

The post - which shows a handful of cats keeping warm on top of the satellite dish - has gone on to score a whopping 180.2K likes and 22.5K retweets.

END_OF_DOCUMENT_TOKEN_TO_BE_REPLACED

Turns out, Taylor's not the only one to notice this trend either.

Over on Reddit, a thread popped up recently inviting Starlink users to share similar stories of animal interferences. Folks have since told stories of a wealth of animals that have decided to use Starlink dishes as a place to warm up - including birds and small rodents.

"I was checking my dish with a thermal sight and it actually looks like the whole dish, even the backside is warm. So you might [find] animals under or around it in general if it’s ground-mounted," explained one Starlink Beta tester.

It seems the dishes provide the perfect perch thanks to their tilt - but don't worry: this changes when activated, meaning cats and other animals are unlikely to disrupt your internet access when you decide to get cosy in front of Netflix.

In addition to battling claims from the head of the European Space Agency that he's taking up too much room in space, Musk also received criticism from Chinese authorities that claimed that they had a recent narrow miss with one of his many Starlink satellites.

Still, he didn't seem too bothered - instead suggesting that space is actually big enough for everyone. "Space is just extremely enormous, and satellites are very tiny," he told the Financial Times.

"This is not some situation where we're effectively blocking others in any way. We've not blocked anyone from doing anything, nor do we expect to.