Comedian Sean Lock has died at the age of 58, after battling cancer.

TRIBUTES: 8 out of 10 Cats co-stars and comics pay tribute to Sean Lock after his death 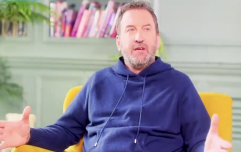 END_OF_DOCUMENT_TOKEN_TO_BE_REPLACED

BEST MOMENTS: Sean Lock's best moments prove he will be remembered as a comedy genius

A statement from his agent Off The Kerb Productions to the PA news agency on Wednesday confirmed the news.

"It is with great sadness that we have to announce the death of Sean Lock," it read.

"He died at home from cancer, surrounded by his family.

"Sean was one of Britain’s finest comedians, his boundless creativity, lightning wit and the absurdist brilliance of his work, marked him out as a unique voice in British comedy. 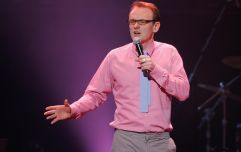 END_OF_DOCUMENT_TOKEN_TO_BE_REPLACED

"Sean was also a cherished husband and father to three children.

"Sean will be sorely missed by all that knew him. We kindly request that the privacy of his family and children is respected at this difficult time."

He also wrote and starred in the popular BBC sitcom 15 Storeys High.

In 2000 he won the gong for the best live stand-up at the British Comedy Awards.

Comedian Lee Mack, who was a close friend of Lock, paid tribute to him today, saying: "I've known this day was coming for some time, but it's no less heart-breaking. 'A true original both in comedy and life. I will miss him so much."

Bill Bailey wrote on Twitter: "It’s heartbreaking to lose my dearest friend Sean Lock , he was a true original, a wonderful comic. All my thoughts are with his family."

David Baddiel added: "Devastated to hear about Sean Lock. He toured with Newman and Baddiel on our last show together. One of the funniest men I ever knew."

Ricky Gervais wrote on Twitter: "Such sad news. RIP the great Sean Lock. One of the funniest, most influential comedians of a generation. A lovely man."