From Prince to King, for one of them anyway.

A super poll conducted by the Mail on Sunday has shown that Brits want Prince William to be King and not his father, Prince Charles. 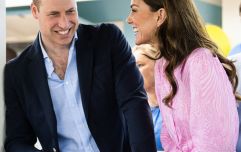 END_OF_DOCUMENT_TOKEN_TO_BE_REPLACED

Though the results came close, Brits have voted and decided they would rather have 39-year-old Prince William as King rather than his father and rightful heir Prince William, reports the Daily Mail.

The poll looked at countless facets of British life, including politics, Christmas, the royals, and James Bond. The study found that 41 per cent of readers want William to take the throne, while only 30 per cent want Charles to step up.

Though the 72-year-old is next in line for the throne, royal experts have long believed he will hand the crown down to his eldest son Prince William.

"Having waited over 60 years as heir apparent, it would be perfectly natural for Prince Charles to want to assume the throne and perform the royal duties for which he has spent so long preparing in waiting," says experts at University College London's Constitution Unit. 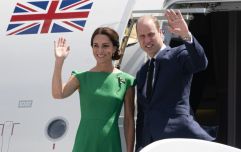 END_OF_DOCUMENT_TOKEN_TO_BE_REPLACED

"But it would be equally natural if, after reigning for a few years as an increasingly elderly monarch, he chose to invite Parliament to hand on the throne to Prince William."

Charles may not choose to surrender to his son but might instead change his name when he takes the throne, claims University College London's Constitution Unit.

"He is free to choose his own regnal title," they said back in June.

"Instead of becoming King Charles, he might choose to become King George VII, or King Philip, or King Arthur."