Those bloody foreigners coming over here and marrying our Princes and enjoying the rich, creamy texture of lemon cake. END_OF_DOCUMENT_TOKEN_TO_BE_REPLACED

Remember the good old days? Remember when you could have a Royal Wedding and everyone would be happy with the traditional fruit cake? Well those days are gone. GONE. This is the world now, and a new world order is rising up, and that world order would rather have a lemon and elderflower sponge cake infused with the intoxicating fragrances of spring and decorated with buttercream and flowers and some other shit. And we, the general public, are just expected to be OK with that. We are just supposed to accept it. Sickening.

Prince Harry and Ms. Markle have asked Claire to create a lemon elderflower cake that will incorporate the bright flavours of spring. It will be covered with buttercream and decorated with fresh flowers.

Prince Harry and Ms. Markle, if those are even their real names, have shunned not only the Royal Family, but Great Britain, and everything we stand for as a lonely isle drifting about in a snowstorm atop a cold, restless sea. That great British tradition, the tradition of a big fuck-off fruit cake that probably costs more than most people earn in a year, is gone. It is dead. How can we live like this? How can we go on?

Oh, Claire Ptak by the way, lovely Claire Ptak who is going to make their delicious cake, IS ALSO AMERICAN. From AMERICA. You'll barely be able to believe this but she is Californian, just like Meghan. CALIFORNIA, people. The place in AMERICA.

Perhaps worse of all is the fact that they have committed to using organic ingredients. Not foxes and quail and whatever else they usually have in their Royal Wedding cake. Organic. Ingredients. Once again, I feel sick to my stomach. What tosh.

Claire Ptak, who was raised in California, focuses on using seasonal and organic ingredients in her cakes. Ms. Markle previously interviewed Chef Ptak for her former lifestyle website The Tig. 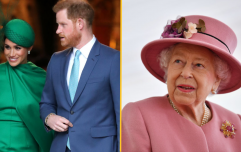 END_OF_DOCUMENT_TOKEN_TO_BE_REPLACED

What happened to honest British pastry chefs - big Darren from Wigan - getting paid exorbitant amounts of money for an honest day's work making 20 foot tall cakes that probably, mostly, get fed to swans afterwards, anyway? Where, along the way, did we lose our collective national identity and fall so far and so hard?


Prince Harry and Ms. Markle are looking forward to sharing the cake with guests at their wedding at Windsor Castle on May 19th. 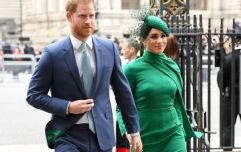 Harry and Meghan announce birth of their daughter, 'Lili'

END_OF_DOCUMENT_TOKEN_TO_BE_REPLACED

Call it off. Just call it off. It has descended into farce. Better yet, reschedule it for July in the Staples Centre, downtown LA, and then they can have hot dogs and onion rings and Kobe Bryant and maybe Harry walking down the aisle draped in a stars and stripes tuxedo like it's a cheap Vegas show. The traitors Ed Sheeran and James Corden both dressed as Elvis and singing "Oh say can't you see" at the back. That's what they deserve. That's the only wedding these people deserve. This country is dead to me.

popular
Uefa to investigate Manuel Neuer over rainbow armband
A definitive ranking of every swear word from worst to best
Didi Hamann says Ronaldo looks "a fool" after needless showboating against Germany
This is the hardest Pokémon quiz you'll ever take
Here's how to see who's been taking screenshots of your Instagram Stories
Find out where you rank in the world for penis size
GB News suffers another prank as comedian moons Laurence Fox live on air
You may also like
Life
Meghan Markle's dad accuses Oprah of exploiting Prince Harry
News
Buckingham Palace banned ethnic minorities from office roles, according to reports
News
Tens of thousands sign petition calling for Harry to give up royal titles
Entertainment
Piers Morgan calls Harry and Meghan 'spoiled brats' in bizarre new rant
News
Prince Harry criticises Charles’ parenting saying 'he passed on pain and suffering’
Next Page