Arthur Labinjo-Hughes: Dad and partner found guilty of killing boy who was tortured and starved

A father and his partner have been found guilty of killing six-year-old Arthur Labinjo-Hughes who was tortured, starved, and neglected. END_OF_DOCUMENT_TOKEN_TO_BE_REPLACED

Arthur eventually died of a head injury in June 2020 while in the care of his stepmother.

Arthur was living with his father and Tustin in Solihull, West Midlands, after his mother was jailed for murder. 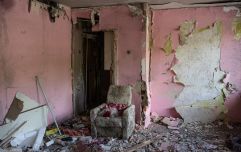 END_OF_DOCUMENT_TOKEN_TO_BE_REPLACED

During the trial, distressing audio was played of Arthur crying saying, "nobody loves me" and and "no-one is going to feed me", along with footage showing the final hours of the youngster's life.

CCTV video, from the morning of June 16, showed him struggling to carry a duvet after being forced to sleep in the living room for the fifth day in a row.

The schoolboy was killed as a result of having his head banged "repeatedly against a hard surface" at the hands of Tustin, the court was told, and died on June 17.

A court heard Arthur had endured a campaign of cruelty that amounted to the "medical definition of child torture".

END_OF_DOCUMENT_TOKEN_TO_BE_REPLACED

This included being deprived of food, made to stand for 14 hours a day, and poisoned with salt.

Arthur's uncle Blake Hughes told the court last month that the youngster broke out in tears after claiming that Tustin had pushed him against a wall and branded him "ugly".

"He said his mum didn’t love him and had abandoned him. He then started to break out crying. He went on to say nobody loved him," he said.

Jurors were told how Tustin would send Hughes voice notes of Arthur crying whenever he left the house.

Hughes would reply with messages such as "dig Arthur's grave", "I'll take his neck off", and the "kid is getting it when I get back".

He also sent texts saying that he would take his "c*"ting jaw off his shoulders" and told his partner "put him out with the rubbish".

Hughes admitted he would also use "pressure points on Arthur's neck to discipline him" after seeing videos about police brutality in the US online. He said he would use these pressure points for "about 10 to 15 seconds".

popular
Fans shocked by Tommy Lee's extremely X-rated post on Instagram
Robin Williams' wife shares reason why he killed himself
‘Time traveller from 2090’ warns humans of worst event in history in coming days
Groom shocks wedding by playing video of his bride cheating with her brother-in-law
Woman arrested after husband caught her on video allegedly using drain cleaner to poison him
Emergency service workers took photographs of Kobe Bryant’s body 'for a laugh’
Intruder who broke into monkey enclosure in Tasmania at risk of ‘potentially fatal’ herpes
You may also like
Crime
Case of teen murdered by his mum and lover so 'horrifying' judge rules jurors will never have to return to court
News
Baby P: Tracey Connelly set to be released from prison despite government challenge
News
Dad who tortured his baby battered in prison with socks filled with tuna cans
Life
Jurors urged to be given 'more support' while hearing 'harrowing' Logan Mwangi murder case
News
Paedophile brothers, one a dad-of-seven, jailed for targeting minors over two decades
Next Page