The average adult in the UK drinks around 9.7 litres of alcohol a year

Bad new, folks: in case you didn't already know, not only is booze not good for you but a recent study suggests that just five drinks a week can age you significantly. 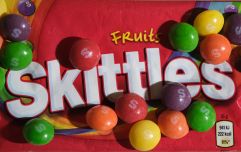 END_OF_DOCUMENT_TOKEN_TO_BE_REPLACED

According to the research carried out by Oxford University's Population Health, those who consume over 17 units of alcohol - i.e. the equivalent of five glasses of wine or eight pints of beer - were found to have "older" DNA and often lead to several age-related diseases as well as various forms of cancer.

As explained in the full findings published in the peer-reviewed journal Molecular Psychiatry on July 26, consuming excessive amounts of alcohol effectively alters DNA by causing damage to telomeres, protective caps or 'shoelaces' at the ends of a chromosome which stop them from fusing together and naturally shorten with age.

Credit: Alcohol has been found to have a direct impact on ageing, not just when it comes to vital organs, but now on a cellular level

END_OF_DOCUMENT_TOKEN_TO_BE_REPLACED

However, as explained in the study, alcohol exacerbates and speeds up this process; when telomeres shrink, cells can’t divide - a necessary process for humans to stay alive - and they typically die entirely once they become too short.

Taking data from 245,000 participants who took part in the UK Biobank survey between 2006 and 2010, analysis from the swab tests found that the top 40% of drinkers in the study (those who enjoyed more than 17 units a week) had shorter telomere length caused by alcohol consumption.

The other 60%, who drank less than 17 units, were found to be genetically undamaged. The national average for alcohol consumption in the UK is around 18 units a week.

Dr. Anya Topiwala, one of the lead authors behind the study, increasing drinks from 10 units to 32 units per week equates to a staggering three years of biological ageing, reinforcing their theory that alcohol directly affects telomere length and, therefore, the process and speed at which people get older.