Episode 25 of Unfiltered with James O'Brien is live.

Most authors never have a bestseller. Even fewer come to define an entire decade. Trainspotting, both the book and the film that followed it, was a cultural phenomenon in the 1990s, catapulting writer Irvine Welsh into literary infamy. 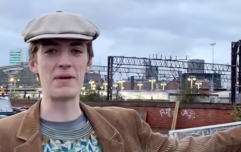 END_OF_DOCUMENT_TOKEN_TO_BE_REPLACED

In this unflinching interview with James O’Brien, Irvine talks candidly about the drug-fuelled hedonism of the ‘80s and ‘90s that he both participated in and distilled into stories, how he pulled himself out of a vicious heroin addiction, the whirlwind of success that followed Trainspotting, and his unbridled passion for tennis and Andy Murray.