Avid trainspotter and viral TikTok-er Francis Bourgeois has quit his day-job to dedicate all of his waking hours to his primary passion - and by the looks of it, he couldn't be happier. Cow escapes field, heads to resort, and gets stuck on water slide

END_OF_DOCUMENT_TOKEN_TO_BE_REPLACED

Videos posted by the 21-year-old train enthusiast have become a firm favourite online thanks to Bourgeois's pure and unfiltered love of locomotives, steam trains and basically anything on tracks.

Visiting various spots up and down the country with his trusty GoPro head camera in tow - a piece of kit that gives footage of his face a bit of an odd, bug-eyed quality - Bourgeois has been delighting viewers across video platforms like Instagram and TikTok for the past few months.

In fact, his passion project has proven to be so popular, it's earned him over 771k Instagram followers and a staggering 1.5 million followers on TikTok. That's a trainload of people.

Now, his growing fanbase can expect more quality train content and more often - as Bourgeois announced via his Instagram stories that he's quit his day-job in order to do trainspotting full-time.

With a smile beaming from his face, Bourgeois can be seen joyfully running as news of his career change hovers overhead. 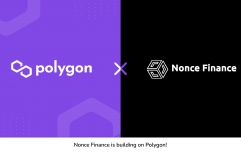 Nonce Finance responds to ridicule after internet roasts their name

END_OF_DOCUMENT_TOKEN_TO_BE_REPLACED

It really is quite nice.

Originally from Harlesden in North West London, Bourgeois started recording his trainspotting videos during lockdown and the engineering student has since become a viral sensation. He's so popular, he's even started his own Cameo account allowing viewers to buy their own personalised message for just £26 - although it looks like he's not currently open for business.

Earlier in November, the team behind The Warehouse Project invited Bourgeois down for a night on the tiles - but he couldn't resist coinciding the trip with a visit to the nightclub's historic Manchester Piccadilly home.

If you're unfamiliar with Bourgeois' work, you really are missing out. Here he is literally getting bowled over by his love of trains.

Then there's his most recent post, where he tried to break a personal tone tunnel record. So close.

@francis.bourgeoisHere I am at Blenheim Palace trying to do 100 tones in the locomotive, Winston, through the tunnel! ##trains ##trending ##fyp♬ original sound - Francis Bourgeois

Seriously, take a look. It's guaranteed to brighten your day.