Jurian, from the Netherlands, suffers from a rare chronic disease that will take his life before Red Dead Redemption 2 is out

Rockstar games have granted a fan's wish by allowing them to play the highly-anticipated Red Dead Redemption 2 several weeks before its official release.

END_OF_DOCUMENT_TOKEN_TO_BE_REPLACED

Jurian, a gamer from the Netherlands who is a huge fan of the series, got in touch with the studio via his father after realising he wouldn't be alive to play the game by the time of its official launch.

Gamersnet Netherlands, who reported the story, explains that Jurian and his father were encouraged to contact Rockstar after reading about Nintendo giving a Smash Bros Ultimate before release just days before they eventually passed away whilst Bethseda allowed another terminally ill fan early access to Fallout 76.

Jurian explained his condition to the website and his experience with Rockstar, as translated by Rockstarintel.com.

He said: “Sadly, I am in the last weeks of my life. My treatment is over. Since 2004 I have been fighting a rare, chronic disease named neurofibromatosis type 2, which causes many 'benign' tumors to grow in my body. I’ve survived for long, but I am done now.”

“Since I was waiting with excitement for Red Dead Redemption 2, my father decided to contact the publisher, asking if they had a copy of the game preliminarily as exception. Rockstar Netherlands was willing to give it but didn’t have the clearance, so they contacted the headquarters who set me up with something nice very quickly. By the end of the week two employees from Rockstar Netherlands visited me, who gave me a private demonstration of the game. After an afternoon of playing they sadly took the game back with them”

“Seeing as I read an article a short while ago about a similar case with Nintendo, I thought I’d share, seeing as Rockstar did me a favor as well.”

Meanwhile, Rockstar said of the gesture: “Silent, is what we were, when Jurian approached us via our Facebook page. He’s suffering of neurofibromatosis type 2, a hereditary disease that affects around 400 people in the Netherlands. His fight is over, and he’s now in the last phase of his life. Being a large fan of Red Dead Redemption 2, he really wanted to get to see and play the game, which resulted in his father, Harm, contacting Rockstar.” 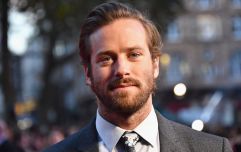 END_OF_DOCUMENT_TOKEN_TO_BE_REPLACED

“Within each company, small or large, are beautiful people at work the likes of which make these kind of things possible and we’re proud that Jurian was willing to share this with us, and that Rockstar made this possible.”

“We wish Jurian and his family well in the coming period, and we wish for them to have as many great moments together as possible.”

Red Dead Redemption 2 is set to hit shelves on October 26 and if the gameplay footage released is anything to go by, it is going to be spectacular.