Apparently loads of us are going to just... vanish

The apocalypse is just two months away, according to a "leaked" document from a so-called time traveller, who issued an eerie warning about the events that are due to unfold this summer. 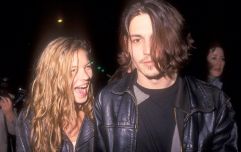 END_OF_DOCUMENT_TOKEN_TO_BE_REPLACED

Kawhi Leonard, known on TikTok as @thehiddengod1, has posted multiple videos about his alleged time travel exploits, in which he warns viewers about some of the terrifying events that he says will take place in the not-too-distant future.

Captioning a video on his account, he said: "WARNING: A leaked document from a time traveller has warned us to remember these dates in 2022."

The video goes on to state exact dates and detail what will apparently happen - emphasis on the word 'apparently'.

"The Great Split" is first up (Credit: @thehiddengod1)

END_OF_DOCUMENT_TOKEN_TO_BE_REPLACED

The first event is reportedly going to take place on July 14 this year, when the ground will split and cause "America's biggest earthquake".

Next is August 9, when over two million people across the globe will "mysteriously disappear", according to the time traveller.

As if it couldn't get any worse, October 3 will see creatures called "stalkers" apparently appear out of nowhere on our planet.

"Remember these dates," @thehiddengod1 warned in his caption.

The TikToker has also shared loads more predictions from other so-called time travellers.

Human/robot hybrids will conquer space so that will be fun (Credit: @thehiddengod1)

If the "stalkers" don't manage to wipe out the entire human race, we will apparently build a place called "Unba City", where over two billion people will live in 2782, according to one of the videos. A spaceship called "Tantive 5" will also land on Earth from Mercury in 2812 and human/robot hybrids will "conquer space" in 2999 (whatever 'conquering space' actually involves...)

More predictions for the rest of 2022 include chunks of the Moon falling to earth and Poseidon emerging from the ocean depths. The TikToker even predicted that the Queen will die this year - though in a later video he suggested she won't go until March 2024.