International Space Station will hurtle to Earth in 2031

Bezos and Musk are licking their lips

After three decades of floating in the cosmos, NASA has announced that the International Space Station (ISS) will come hurtling to Earth in a ball of fire in just under a decade.

The station will travel 227 miles to the surface of the planet at around 17,000 miles per hour come January 2031 when the 356-foot wide space platform will be “de-orbited” and plunge into the South Pacific.

The @Space_Station has provided a unique opportunity for research and results for more than 20 years — that’s a lot of science!

The Biden-Harris Administration has extended operations for the orbital lab until 2030. Find out what we'll be prepping for: https://t.co/zk6B5JIz9f pic.twitter.com/FMcmj0hfen

Reports suggest that the ISS will be decommissioned in 2030 before crashing to Earth a year later 1,677 miles (2,700 kilometres) away from land. 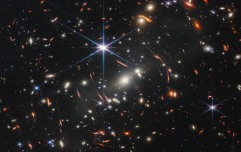 END_OF_DOCUMENT_TOKEN_TO_BE_REPLACED

The crash site is often referred to as the “oceanic pole of inaccessibility” or the “South Pacific Uninhabited Area,” as it’s often used to send space-junk to a watery grave.

NASA called the water “pretty much the farthest place from any human civilization you can find.”

The station will travel 227 miles to the surface of the planet at around 17,000 miles per hour/Via Getty 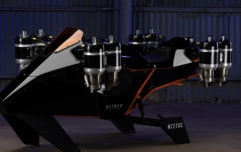 A flying motorcycle powered by eight jet engines has been invented

END_OF_DOCUMENT_TOKEN_TO_BE_REPLACED

While the ISS has stood as the pillar of interstellar exploration for decades, NASA has no plans to replace it.

Instead, the space agency is looking to work with commercial space ventures to house their astronauts during in-orbit endeavours. This will allegedly save $1.3bn in just the first year and it probably means we can all watch Jeff Bezos and Elon Musk fight it out.

Robyn Gatens, the director of the International Space Station at NASA headquarters, said they are looking to “lay the groundwork for a commercial future in low-Earth orbit.”

In a joint statement, Phil McAlister, the director of commercial space at NASA headquarters, also said: “We look forward to sharing our lessons learned and operations experience with the private sector to help them develop safe, reliable and cost-effective destinations in space.”

They added that the saved money would “be applied to NASA’s deep space exploration initiatives, allowing the agency to explore further and faster into deep space.”

popular
Incredible case of the only known individual whose parents were two different species
Cyclists may have to get number plates under radical shake-up of road laws
Darius Danesh opened up about his health struggles before his tragic death aged 41
Alec Baldwin: 'Everybody who was there knows exactly who’s to blame' for Halyna Hutchins' death
TikTokers are utterly convinced there is a secret zombie apocalypse going on in China right now
Darius Danesh pictured with Gerard Butler before his death
Pop Idol star Darius Danesh found dead aged 41
You may also like
News
Scientist forced to backtrack as ‘new picture of star’ is revealed to be a chorizo
News
Scientists have found a ‘heartbeat’ signal coming from a distant galaxy
Science
James Webb Space Telescope discovers water on far-away planet
News
NASA shares images of unidentified spacecraft crashed on Moon
Science
Astronomers discover new planetary system near Earth and are 'optimistic' about habitable worlds
Next Page