Amazing news, as classic 1990s cartoon Daria is getting a revival

You’re standing on my neck

MTV have announced they are launching a new production unit – entitled ‘MTV Studios’ – which will work on both new shows, and reboots of old MTV shows. 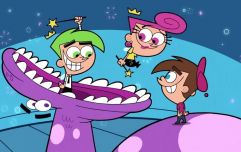 END_OF_DOCUMENT_TOKEN_TO_BE_REPLACED

Some of the names looking to be revived include The Real World, the show considered the originator of everything we consider reality TV to be today; Aeon Flux, the experimental sci-fi action animation that was made into a really bad movie; and Made, the a self-improvement reality television series.

All of those could be interesting, but there is one other property on the list that is getting us very excited: Daria.

If you’ve never seen it, Daria began as a spin-off from that other 1990s MTV phenomenon Beavis and Butt-head, though B&B creator Mike Judge had no involvement in the show – Daria had its own tone and animation style, and was very much its own beast.

The show focused around teenage outcast Daria, her artist best friend Jane, her popular-girl sister Quinn, their parents, and the rest of the hopeless teachers and students at her high school. Running from 1997 to 2002, it was one of the best encapsulations of late 1990s, late Gen X cool. It was dry, cynical, and intelligent, and spoke directly to disaffected, smart kids like Daria herself.

It was also an adult cartoon with a female lead, co-created by a woman, which is sadly still a rarity even today. It had an attitude inspired by punk and riot grrl, and a genuinely subversive tone. It was also very clued in to then-current pop culture, and featured a fantastic soundtrack of contemporary songs, including the iconic theme song “You’re Standing On My Neck” by alt-rock act Splendora. 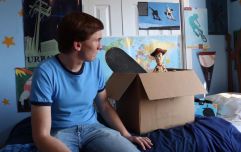 END_OF_DOCUMENT_TOKEN_TO_BE_REPLACED

The new show  be called Daria and Jodie, with a new character sharing top billing (could this just be Jane under a new name?), and will be handled by Inside Amy Schumer writer Grace Edward.

The iconic animated franchise is reinvented through the eyes of heroine Daria Morgendorffer and one of her closest friends Jodie Landon. These two smart young women take on the world, with their signature satirical voice while deconstructing popular culture, social classes, gender and race.