Travellers are beginning to wonder what they are letting themselves in for when boarding certain Thomas Cook planes, whose latest slogan changes quite considerably when the passenger doors open.

In a bid to push their new Cook's Club holiday packages, the holiday operator has covered its fleet in 'I ❤ Cook's Club' - although the unintended consequence of the door opening is the phrase 'I ❤ Cock's Club' appearing on the plane.

Retired RAF pilot and author John Nichol became one of a growing number of people to have noticed the mishap when he tweeted out a comparison of the door open and closed, defining the error as 'most unfortunate'.


A most unfortunate paint scheme for the Thomas Cook "I Love Cook's Club" campaign (or a poor door placement...?)
🤣☺️😂 pic.twitter.com/UIv0WArzbc 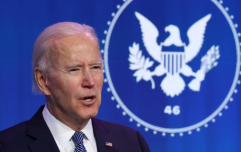 END_OF_DOCUMENT_TOKEN_TO_BE_REPLACED

Cook's Club appears to be a way to entice millennials to travel with Thomas Cook, under the tagline that it 'welcomes forward-thinking travellers to experience cool, modern design and unique indulgences at an affordable price', which sounds a bit like a Revolutions in Milton Keynes.

Of course, this could all be a somewhat cynical marketing ploy to draw attention to a new scheme, in the hope that trendy websites read by interesting, young people are going to pick up on it. But, no, that can't be true...