The next 12 months are going to be pretty special for gamers.

There were some fantastic games in 2017, but looking forward to the next 12 months, there is even more to get excited about.

You might notice that only one of the games below has an actual confirmed release date, because all of the rest are still in production, but you can expect to get your hands on each and every one of them between now and Christmas 2018.

END_OF_DOCUMENT_TOKEN_TO_BE_REPLACED

BioWare are hoping to win back fans after the disappointing Mass Effect: Andromeda by going the Destiny route: a massive sci-fi world to play in, either by yourself or with some friends. Also features jet packs and space dinosaurs. Which pretty much already makes it the greatest game ever made. 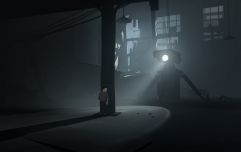 END_OF_DOCUMENT_TOKEN_TO_BE_REPLACED

It looks a little like Sons Of Anarchy meets World War Z to us, which is about as great a combination as you can imagine. Unlike every other zombie game out there, which usually feature a handful of the shuffling undead lumbering your way, this one will have you fighting to survive in the woods amidst a wave of thousands of the brain-hungry monsters. 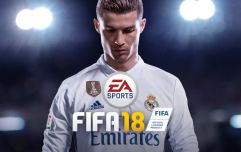 END_OF_DOCUMENT_TOKEN_TO_BE_REPLACED

This game has already got some negative press, but the idea behind it is still solid, as you control an android in future Detroit, and every decision you make will have a butterfly effect on those around you.

After going through the jungles and deserts in previous games, the latest Far Cry will tackle a much more modern and topical problem, as your character gets caught up in the southern States of America, and you have to take on cults, racist groups and some of the other nastier sides of the USA.

Swapping out Ancient Greece for the also ancient Norse mythology, we return to controlling Kratos as he battles giant monsters, this time with his young son along for the ride. The much-loved series is getting an overhaul here, and it looks all the better for it.

Remember Theme Park? This is basically that, but with dinosaurs.

What else do you need to know??

THE LAST NIGHT - Xbox One, PC

Taking some serious visual inspiration from Blade Runner, this is being called a "cinematic platformer" (no, we're not quite sure what that means either), but when it looks this good, we're inclined to ease off the questions and just let the pretty wash over us.

We've been talking about this one pretty much non-stop.

The makers of Assassin's Creed finally clued in to the fact that we all loved the ship battle'y stuff from those games, and decided to head off in a pirates-only direction with this new franchise. Apparently there will be plenty for single player AND multi-player users to get from this one, which pleases us greatly.

The folks behind Spyro, Ratchet & Clank, Resistance and Sunset Overdrive have been given the rights to make the Spider-Man game we've all been waiting for, and they cleverly seem to have taken more than a few notes from the Batman: Arkham games. This could legitimately be the most fun game of the year.

Nintendo have been very quiet about their 2018 line-up, but considering their 2017 included Mario Kart 8 Deluxe, The Legend Of Zelda: Breath Of The Wild and Super Mario Odyssey, all of which received pretty much perfect reviews across the board, it is safe to say they know what they're doing with the Switch. And the only one they've confirmed so far is this side-scrolling platformer which looks to be following in the footsteps of Paper Mario.