"The quote sounds aggressive when I start it... "

There was a period of two years when Will Greenwood and his England side looked to be bedding in for a long period of domination.

END_OF_DOCUMENT_TOKEN_TO_BE_REPLACED

Having built steadily under Clive Woodward, and won a couple of Six Nations titles along the way, 2003 was the banner year. England followed up a Six Nations Grand Slam by touring New Zealand and Australia, and returning home with the All Blacks and Wallabies defeated. That autumn, they won the World Cup in Australia.

While that England dynasty never quite materialised, their World Cup achievement has yet to be matched by a northern hemisphere nation in the four tournaments that have followed.

On House of Rugby [LISTEN from 36:30 below], former England star Will Greenwood joined Seán O'Brien and fellow co-host Alex Goode and told them why none of the current England side would force their way into his 2003 crew. 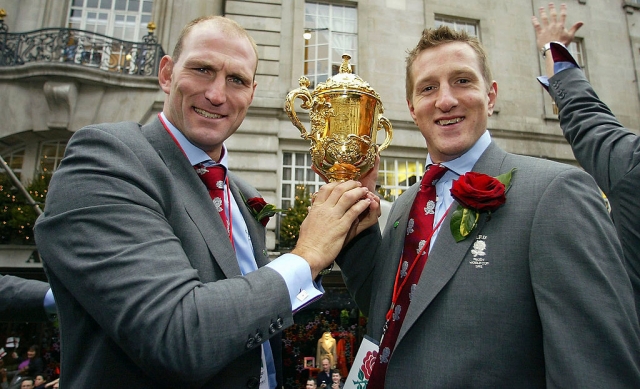 Lawrence Dallaglio and Will Greenwood pictured with the Webb Ellis trophy in 2003. (Photo by David Rogers/Getty Images)
Advertisement

END_OF_DOCUMENT_TOKEN_TO_BE_REPLACED

When a video was shared of Greenwood making the 2003 team claim, it got a huge response from many that read the title without listening to his full reasoning.

Simply put, Greenwood went through the wringer with England captain Martin Johnson and the rest of that World Cup-winning squad. They have each other's backs, to the nth degree.

"And you watch certain teams do it - that Leinster team and the Saracens boys - and you know how special it is. That's why I still go down to my local, Level 5 rugby club. Because if you surround yourself with good people, you can still have good fun.

"My overriding memory is remarkably good people, achieving something no-one had done before and no-one has done since. But I don't remember it for that. I remember if for the fact that if Johnno rang up this week and said, 'There's a game. It's three o'clock Saturday'. Or he sent that email out. We'd all be there.

"And we'd all there there with our boots on. And we might not be very good, and we might be old and we might get our heads kicked in, but we'd go down scrapping." 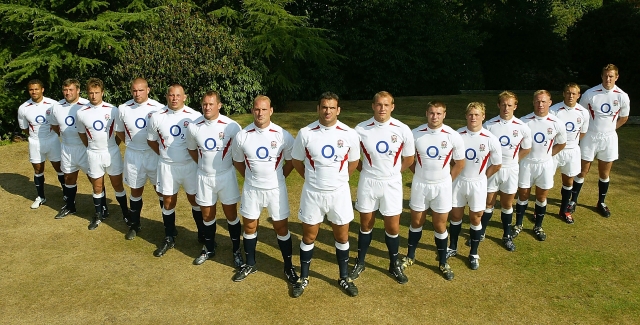 END_OF_DOCUMENT_TOKEN_TO_BE_REPLACED

Current England head coach has a higher win percentage of anyone that has had the job in the past 50 years. Woodward rates fourth on the all-time list [71.1%] behind Geoff Cooke and Jack Rowell, but losing five of his final six Tests - before taking the Lions job - hurt the %, if not the legacy.

"That's the beauty of that team," Will Greenwood added. "And the quote sounds aggressive when I start it, not one of this [current] England team would get in that [2003] team.

"If you asked Maro Itoje if he wanted to swap anyone, he'd say, 'I do not. That lot are rubbish. This is my pack. These are my boys. This is my team. this is what we're going to do'.

"And if you can find yourself in a team like that... I'm sure the Saracens boys would say the same thing. If you can find yourself in that environment, I'm not saying the results don't matter, but the process of building and finding that way to win... finding your own solutions to problems, that don't always necessarily result in victories, and knowing that on occasions you've been beaten, on the day, by a better team - shit happens, move on and deal with it.

"But you're putting yourself in a position where a good team has to play at their absolute peak to beat you, that's what you're striving for in sport."

So it is a matter of, I'll stick my my guys, thanks.

The real debate is how both sides in their prime would fare against each other. It is one for computer simulations and pure pub-talk.

Will Greenwood's book, World Class: How to Lead, Learn and Grow like a Champion, is out now.