It takes some going to halt Gatty in full flow.

Everybody who watched George North get KO'ed twice in the space of 30 minutes during last year's Six Nations will never forget it. 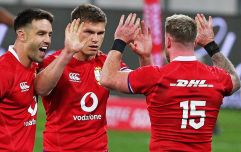 END_OF_DOCUMENT_TOKEN_TO_BE_REPLACED

The Welsh winger took an accidental boot to the face, in his side's opener against England, and then clash heads with teammate Richard Hibbard in the second-half. At that stage, he should not have been near the pitch.

Crazily enough, North was not immediately withdrawn after the second incident.

A month later and North got concussed again - for Northampton against Wasps - and he was stood down from the sport for five months, only to return at the World Cup. 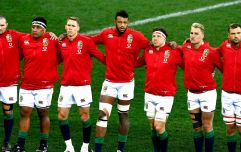 END_OF_DOCUMENT_TOKEN_TO_BE_REPLACED

Hard to forget but Warren Gatland tried his best. It is 2016 and the Kiwi is focusing on the future.

Asked by an Irish journalist if he was happy that Wales had proper protocols in place to prevent any repeats of the North fiasco, Gatland was non-plussed. The exchange followed thus:

Journalist: Are you happy that what happened to George North last year won't happen again?

Journalist: With what went wrong. Are you certain in your own mind that it won't happen again?

[Welsh Rugby Union press officer]: Do you want to tell us what went wrong?

Journalist: A player that was concussed was still on the field.

[WRU press officer]: I don't think that is relevant.

Gatland: I don't understand what you are talking about.

[WRU press officer]: The protocols were replaced straight after that match so it hasn't been a problem since... I think we'll end it there.

Enough to make your head spin. 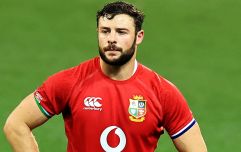 Robbie Henshaw told, in no uncertain terms, what is required for Lions victory

END_OF_DOCUMENT_TOKEN_TO_BE_REPLACED

North has spoken about the fear he had for his rugby career after four concussions in four months.

"Because I suffered the impacts in a short space of time, the specialist said a month’s rest is the adequate amount of time for a brain injury to recover,” North told Wales Online.

“We said we would review the situation after that and I was told if I came back for the end of the season and took another blow, I would have to spend three to six months doing nothing at all.