Just like that, Yair Rodriguez is back in the UFC

The MMA community was in shock last month at the news of Yair Rodriguez (10-2. 6-1 UFC) being cut by the UFC. Dana White explained that he made the decision after Rodriguez turned down offers to fight Magomedsharipov as well as former title contender Ricardo Lamas.

The UFC president doubled down on these claims at the post-fight press conference for the promotion's Liverpool debut. He wanted the unfortunate situation to serve as a lesson to the rest of the roster. 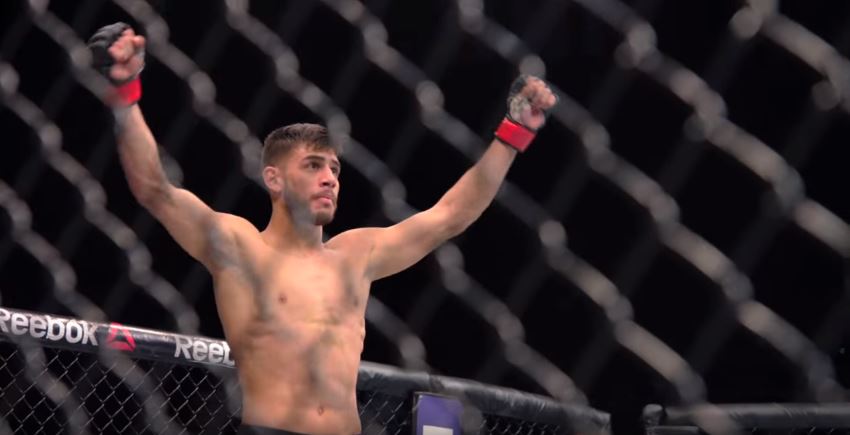 END_OF_DOCUMENT_TOKEN_TO_BE_REPLACED

Somehow, Rodriguez got back in the good graces of the UFC.  Brett Okamoto of ESPN.com is reporting that Rodriguez is back in the promotion and has verbally agreed to fight Magomedsharipov at UFC 228 in September.

The exact details of how the situation resolved itself are unknown. However, this is definitely a win for the promotion and the fans. The promotion gets to hold onto one of their most exciting prospects while the fans can look forward to a fight of the year candidate.

BREAKING: The Yair Rodriguez/UFC situation has apparently done a 180. Rodriguez vs. Zabit Magomedsharipov is now verbally agreed to for UFC 228 in September.

I'm told UFC is rescinding its termination letter to Yair Rodriguez, essentially reinstating his contract. The Magomedsharipov fight is not signed yet, but is UFC 228 on Sept. 8. No location finalized for that event.