Well, he still might travel to the city every now and then.

And he might want to coach there in the future but you know what we mean.

END_OF_DOCUMENT_TOKEN_TO_BE_REPLACED

Steven Gerrard has ruled out the possibility of joining Liverpool on loan during the MLS off-season and he has also seemingly turned down the chance to train with the club.

The Anfield legend parted ways with his boyhood team just last May but there will be no fairytale return for the former skipper. Or just an ordinary return, as you'd expect more readily when it comes to recent Liverpool. 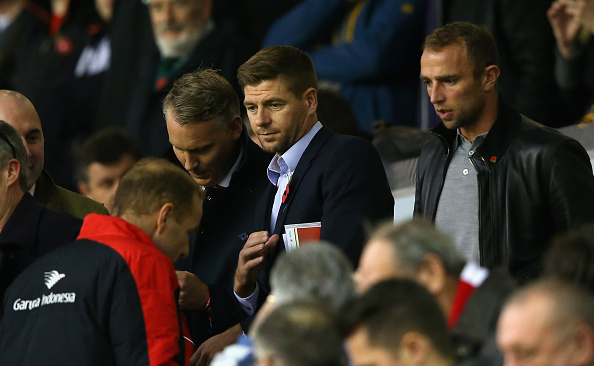 Jurgen Klopp said that Gerrard was always welcome to train at Melwood but the 35-year-old isn't interested.

END_OF_DOCUMENT_TOKEN_TO_BE_REPLACED

"I've retired from the national team so I don't have to go and prove myself in Europe," he told Eurosport.

"I need to get some rest because I've got a very long season ahead next year, so it's very important I come back strong, rested and ready to go again."

Gerrard never won the Premier League - you mightn't have heard - but he reckons that there was an imbalance in the English league, especially when it came to spending.

"I think it'd be fantastic to win the league over here but it certainly wouldn't make amends for finishing second three times," he said.

END_OF_DOCUMENT_TOKEN_TO_BE_REPLACED

"They were very frustrating and disappointing moments and experiences I'll never forget. But certainly the plan and the target for me, and the dream, is to try and become champion in the USA.

"I have to look at myself and the team and take responsibility for not being a champion in England, but of course the Premier League is very difficult, because every year two people - Mr. [Roman] Abramovich and the Sheikh at Manchester City - they pile in fortunes of money every single year so for clubs like Liverpool, Tottenham and Arsenal it becomes much more difficult.

"I think it is more level here, and more balanced. I'm not complaining, it's the rules. It's just the way it is."