Sports stars who have the most outrageous sneaker collections

In partnership with eBay 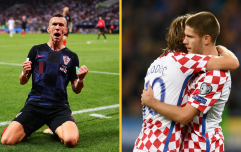 END_OF_DOCUMENT_TOKEN_TO_BE_REPLACED

Footwear has been around for thousands of years, but in recent decades, the combination of sport and celebrity culture has given way to a wave of sneaker-obsessed consumers. A sneakerhead's interest in footwear is beyond mere fashion and utility, it is a culture and lifestyle.

eBay is not only a place to scope for vintage garments and discounted technology goods, it can also be ground zero for acquiring your favourite footwear in the world. If you are someone looking to grow your sneaker collection, then why not try eBay? Or perhaps you are looking to sell a pair to fund your next sneaker endeavour, well eBay is the perfect place for that too. 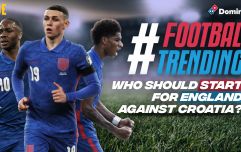 Football Trending | Euro 2020: Who should start for England vs Croatia?

END_OF_DOCUMENT_TOKEN_TO_BE_REPLACED

The indomitable Serena Williams is a powerhouse on the Tennis Court. With twenty-three grand slam singles titles, and four Olympic gold medals, it comes as no surprise she is one of the most highly rated athletes in the world. But Williams isn't just known for her powerful volleys and intense serves; she is also seeking looks!

In true sneakerhead fashion, Williams has a partnership with Nike. On the 2019 Met Gala red carpet, Williams famously wore a Versace gown alongside neon yellow Off White X Nike sneakers. On her Snapchat, Williams showed off her impressive collection, albeit a particularly messy one. 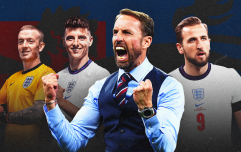 A foolproof guide to winning Euro 2020 with England

END_OF_DOCUMENT_TOKEN_TO_BE_REPLACED

P.J. Tucker is a basketball player for the Milwaukee Bucks, who was also the 2008 Israeli Basketball Premier League MVP and the Premier League Finals MVP. His style is highly acclaimed and is always pictured in bright colours, bold prints, and of course, a fresh pair of kicks.

He is often slated as THE sneakerhead. "Last time I counted, I have over 4,000 pairs of shoes," says Tucker. Most notably, Air Jordans are a standout in his collection, owning several unreleased pairs.

As the boyfriend of supermodel Winnie Harlow, you're bound to pick up some of the best fashion advice in the business. But it doesn't seem that Kuzma needs any help. His fashion is always on point, his hair always perfect, and his sneakers always top of the line.

He recently signed a deal with Puma and is steadfast in wanting his own clothing line. If you're a fan of Kuzma, then you need at least one pair of Pumas in your collection.

David Beckham is THE British sports superstar. He has been central to English sports culture for over two decades and has built an empire on his sports ability, fashion sense, and the love of thirsty mums. He has been pictured in just about every brand imaginable, adorning everything from Vans to Dior, Nike to Adidas.

Back in 2017, the former England player admitted he has thousands of shoes, perhaps even more than his fashion designer wife.

Nineteen-year-old Mason Greenwood is a rising star in the ranks of Manchester United. The striker is not afraid of bold colours, and he very much goes hard or goes home.

OBJ is a wise receiver for the Cleveland Browns and one of the most renowned American Football players in the industry. His accolades could fill a book, and coincidentally, his shoes could fill a mansion.

With a closet the size of a department store, OBJ is ready for literally any occasion. From exclusive Nikes to just about every other brand imaginable, OBJ is a hardcore sneakerhead.

You can't talk about trainers and not pay tribute to the legend that is Michael Jordan. The billionaire owner of Charlotte Hornets and a former professional athlete has gathered an impressive collection over the years. Air Jordans are undoubtedly some of the most popular trainers in existence, with Jordan releasing a staggering 36 styles across his career.

For some athletes, owning thousands of sneakers is their display of passion. But Michael Jordan kicked it up a gear and has been the face of Air Jordans since 1985. With numerous variations, colour combinations, and exclusive releases. Air Jordans are still one of the most sought after sneaker styles in the world.

Gay icon and football star Megan Rapinoe proves you can be an activist, soccer star, and fashionable all at the same time. Nike X Sacai Waffle Lows, Off-White X Jordans AJ1s, and Sean Wotherspoon AM97s are just a few of the many pairs Rapinoe owns.

Former New York Giants wide receiver Victor Cruz is no stranger to a closet full of sneakers. "One to rock, and one to stock" is the icon's motto, which seems to allude to owning two of every sneaker.

In a video with Complex in 2015, Cruz tours his impressive closet, which looks more like the shop floor of a JD sport. Each shelf is backlit, almost in a museum-like fashion. You know he is a fan of sneakers as soon as he starts talking about them in a poetic, ethereal manner.

Tunnels at NBA matches have begun to rival New York Fashion week. Stylists are really pulling out all the stops, and LeBron James is always a standout- and not just because he is six-foot-seven. He currently has a lifetime partnership with Nike, which comes as no surprise once you see his collection.

In a Youtube video at Uninterrupted, James tours his sneaker collection. Though it isn't quite as flashy as Cruz's, it has just as many (if not more) sneakers inside.

If this isn't enough sneakerhead inspo, then a quick browse of eBay's stacked collection will whet your appetite a little better. Whether you're eyeing up your next pair for your collection, or wanting to unload some kicks for space in your wardrobe, then eBay is the place to be for your sneaker needs.