Rider Marc Soler couldn't finish the race after fracturing his wrists and elbows. He is now thinking of taking the spectator to court

After a fan holding a cardboard sign managed to wipe out more than half of the riders in the Tour de France (TdF) with her actions, one rider is said to be considering taking her to court for damages. 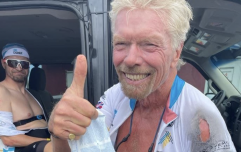 END_OF_DOCUMENT_TOKEN_TO_BE_REPLACED

Marc Soler was among the approximately 50 cyclists that were caused to crash by the rogue spectator. The woman, currently unnamed, has been arrested and now Soler has said he is considering suing her over his injuries - one of at least 21 to get hurt - and for causing his race to be cut short.

Speaking to Cycling News, the 27-year-old Spanish cyclist said: "I don’t know what to do, I’m thinking of taking the spectator to court, because that’s an entire Tour canned and I feel very angry".

He went to say that "The Giro was really frustrating because it was a race I had prepared for over a long time and I had a great opportunity. But the Tour is even worse, because it wasn’t just a race incident, it was because of a spectator who obviously doesn’t like cycling. All that preparation has gone into the bin".

Speaking on behalf of his peers, he added:

The fall happened at a point in the race where the road narrowed and we were trying to be well-placed, we were near the front and then I saw all the Jumbo-Visma riders going down and [Mike] Teunissen crashed right in front of me. I went flying, somersaulted and landed hard on my hands. They both hurt, and so did my face where my glasses had broken and my shoulder too. I tried to get up but I couldn’t, I didn’t have any strength in my arms." 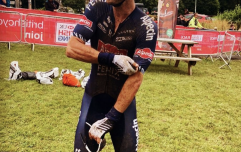 END_OF_DOCUMENT_TOKEN_TO_BE_REPLACED

His decision whether to sue the 30-year-old French woman will likely be influenced by the TdF's U-turn, as they have now chosen to drop their lawsuit against the woman, according to Reuters. A strange one by all accounts.

Tour director, Christian Prudhomme, said: "We are withdrawing our complaint. This story has been blown out of proportion but we wish to remind everyone of the safety rules on the race. If you come to the Tour, you hold your kid, you hold your pet and don't cross the road carelessly. And above all, you respect the riders - they're the ones worthy of live TV."

Though we applaud wanting to not milk it as much as possible, that would all be well and good if the incident hadn't seriously endangered people's wellbeing. Soler was not the only one to suffeer serious injuries: Cyril Lemoine suffered four broken ribs, a head wound and a punctured lung, while Ignatas Konovalovas was taken to hospital for head trauma.

However accidental it may have been, it was stupid, reckless and Soler - as well as any other rider involved - is well within their rights to sue.