No idea what it is, but it's pretty

Scientists have spotted a mystery object "unlike anything ever seen" floating around our "galactic backyard" while emitting bursts of energy. 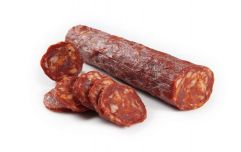 END_OF_DOCUMENT_TOKEN_TO_BE_REPLACED

In research published on January 26, scientists described a bizarre, spinning object that releases energy in busts every 20 minutes.

It was first located by a research team at the Australian International Centre for Radio Astronomy Research, who at the time were mapping audio frequencies across the universe.

END_OF_DOCUMENT_TOKEN_TO_BE_REPLACED

They believe that the mystery mass could be a super-dense star or a white dwarf with an insanely powerful magnetic field that was picked up by the Murchison Widefield Array (MWA) telescope in the Australian outback.

"This object was appearing and disappearing over a few hours during our observations," said Dr Natasha Hurley-Walker, who led the team. "That was completely unexpected. It was kind of spooky for an astronomer because there's nothing known in the sky that does that."

She added that the object is only 4,000 lightyears away, which is considered our "galactic backyard."

The object is only 4,000 lightyears away/Via ICAR 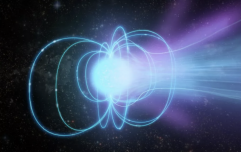 Scientists have found a ‘heartbeat’ signal coming from a distant galaxy

END_OF_DOCUMENT_TOKEN_TO_BE_REPLACED

The object is what's known as a transient, a term used to describe an object in the night sky that turns on and off. While slow transients like supernovas are in the sky for a few days and disappear after a few months, fast transients flash on and off within seconds.

However our new discovery fits neither category and is instead shooting radio waves across space to a timed schedule.

Study co-author Dr Gemma Anderson said the object is smaller than our sun but incredibly bright, while firing highly-polarising waves into the galaxy.

Dr Hurley-Walker added that the space thingy could be an object called an "ultra-long period magnetar", which would make this the first recorded of its kind.

She explained: "It's a type of slowly spinning neutron star that has been predicted to exist theoretically.

"But nobody expected to directly detect one like this because we didn't expect them to be so bright.

"Somehow it's converting magnetic energy to radio waves much more effectively than anything we've seen before."

The team is now monitoring their new baby in the hopes of gathering more information that will determine "whether this was a rare one-off event or a vast new population we'd never noticed before."

popular
Incredible case of the only known individual whose parents were two different species
Cyclists may have to get number plates under radical shake-up of road laws
Darius Danesh opened up about his health struggles before his tragic death aged 41
Alec Baldwin: 'Everybody who was there knows exactly who’s to blame' for Halyna Hutchins' death
TikTokers are utterly convinced there is a secret zombie apocalypse going on in China right now
Darius Danesh pictured with Gerard Butler before his death
Pop Idol star Darius Danesh found dead aged 41
You may also like
Science
James Webb Space Telescope discovers water on far-away planet
Life
NASA share deepest ever image of space showing the universe 'more than 13 billion years' ago
News
NASA shares images of unidentified spacecraft crashed on Moon
Science
Astronomers discover new planetary system near Earth and are 'optimistic' about habitable worlds
Tech
A flying motorcycle powered by eight jet engines has been invented
Next Page