The Proud Boys are also deemed a terrorist group in Canada

New Zealand's government has declared the Proud Boys a terrorist organisation, citing the far-right group's involvement in the January 6 insurrection at the US Capitol building as an act of terrorism. 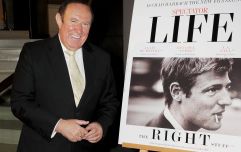 Andrew Neil: It would've killed me to carry on

END_OF_DOCUMENT_TOKEN_TO_BE_REPLACED

The Base was also given the same classification in a decision published Thursday, making it illegal in New Zealand to fund, recruit or participate in the groups, and obligating authorities to take action against them.

The two groups join 18 others,  including Islamic State.

The Base and the Proud Boys are not thought to be active in New Zealand, although the country has faced far-right attacks in recent years. In 2019, white supremacist Brenton Tarrant killed 51 Muslim worshippers at two Christchurch mosques, in a massacre that inspired other fanatics around the world. 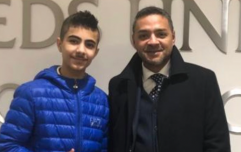 END_OF_DOCUMENT_TOKEN_TO_BE_REPLACED

In a 29-page explanation of the Proud Boys designation, New Zealand authorities made direct reference to the attack on Capitol Hill, saying that while several militia groups were involved, it was the Proud Boys who incited crowds, coordinated attacks on law enforcement officers and led other rioters to where they could break into the building.

The decision said there are unlinked but ideologically affiliated chapters of the Proud Boys in Canada and Australia.

Earlier this month, the former leader of the Proud Boys, Henry “Enrique” Tarrio, and four others linked to the group were charged in the US with seditious conspiracy over the Capitol Hill attack.

New Zealand Police Minister Chris Hipkins was asked Thursday, according to a report by Time if the Proud Boys weren’t better known for protest actions rather than extreme violence, and responded: “Well, violent protests attempting to overthrow the government, clearly there is evidence of that.”

One of the key goals of The Base, New Zealand authorities said in its decision, was to “train a cadre of extremists capable of accelerationist violence”.

popular
Graeme Souness under fire for calling football a ‘man’s game' while sat with Karen Carney
Man United will 'terminate' Cristiano Ronaldo's contract if his attitude doesn't improve
Comedian cancelled after ‘getting his penis out on stage’ during Edinburgh Fringe Festival
Landlord faces £40k fine after tenant puts swimming pool on roof of flats
Jeremy Kyle's security guard Big Steve is now on Drag Race
Pedophile chugs liquid and dies in court shortly after he's convicted
Tyrone Mings hits back at Graeme Souness for 'weird' article
You may also like
Comment
Nigel Farage's Cameo 'prank' videos are part of a darker trend on the app
News
Nigel Farage drafted in in bid to save GB News ratings
Politics
'I made Tommy Robinson go viral, will you forgive me?'
News
Anti-vaxxer in hospital with Covid after saying vaccines would wipe out ‘stupid people’
News
Jewish group condemn Tommy Robinson after appearance at pro-Israel demo
Next Page