Rittenhouse has plead not guilty on all charges

Individuals shot by Kyle Rittenhouse in Kenosha, Wisconsin, last August will not be referred to as ‘victims’ by prosecutors, a judge has ruled. 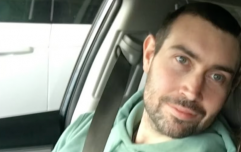 END_OF_DOCUMENT_TOKEN_TO_BE_REPLACED

Rittenhouse, who was 17 at the time, crossed state lines last year on August 25. Armed with an AR-15, the boy joined calls from a Kenosha-based militia group that was seeking protection against protestors of the Black Lives Matter movement.

Rittenhouse is facing numerous charges of homicide for the deaths of Joseph Rosenbaum, 36, and Anthony Huber, 26, as well as the attempted murder of 27-year-old Gaige Grosskreutz.

Reminder that Kyle Rittenhouse is a murderer who traveled across state lines to kill protesters. The people he killed WERE victims. The fact that the judge presiding over his case refuses to call them that gives me very little hope that Justice will be served in this case.

While use of the term 'victim' has been denied, it has been ruled that defence attorneys may call the people shot by Rittenhouse ‘arsonists’ or looters’ if they choose, reports the Guardian.

“The word ‘victim’ is a loaded, loaded word. And I think ‘alleged victim’ is a cousin to it,” said Judge Bruce Schroeder on Monday (October 25). 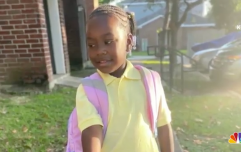 END_OF_DOCUMENT_TOKEN_TO_BE_REPLACED

Can they be simply described as "the people who White supremacist Kyle Rittenhouse shot to death"?

But the motion has not gone down well with everyone, with the district attorney Thomas Binger stating that Schroeder’s ruling was creating "double standards".

He said: “If I were to count the number of times that you’ve admonished me not to call someone a victim during a trial, it would be in the thousands.

Kyle Rittenhouse has been defended as a "little boy trying to protect his community."

But unarmed Black victims have been blamed for appearing suspicious before they were fatally shot. pic.twitter.com/foNFC4AKDB

“The terms that I’m identifying here, such as ‘rioters’, ‘looters’, ‘arsonists’, are as loaded, if not more loaded, than the term ‘victim’.”

I tried murder cases. It never even came up that we might have to call the victims anything other than "victims." This is crazy and wrong.https://t.co/Oozldf3OMi

Rittenhouse pleads not guilty on all offences and his attorney’s are claiming self defence.

The plea of self defence might conjure a vision of mayhem and total chaos but one video from the scene shows police officials saying: “We appreciate you guys - we really do.”